Home Politics Winnie Kiiza has demonstrated to Ugandans the capacity women have to govern-... 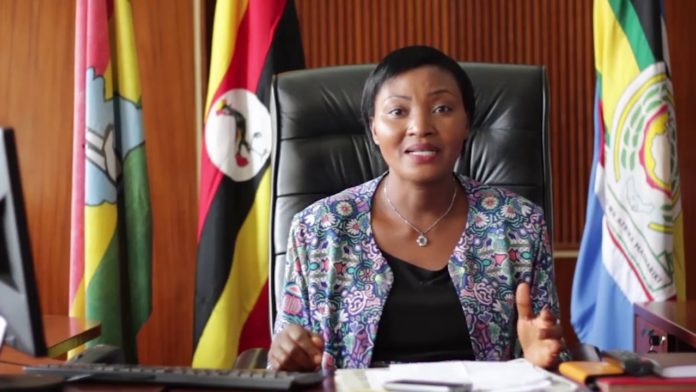 Former Forum for Democratic Change (FDC) President Gen. Mugisha Muntu in statement issued Thursday described the former Leader of Opposition in Parliament (LoP) and Kasese Woman MP Winnie Kiiza for as one the future leaders Ugandans should look out for.


Muntu also congratulated the new team appointed by FDC party president, wishing them the best in the new chapter of service to the country.
Muntu says Hon. Winnie Kiiza took over the role of LoP post at the time when many questioned the importance of the post.

‘‘With great poise and charisma, she rallied opposition MPs around common goals and goals’’ Muntu said.
He went on: Winnie Kiiza’s leadership has without doubt been the most successful when it comes to bringing together members of various political parties including those in the ruling party bold enough to stand for the people.
‘ ‘ As the first women to occupy this position, post –post independence, Hon. Kiiza has not only demonstrated to Ugandans the capacity women have to govern well, but is also proof that our country is not short of able, democratic and people centered leaders’’ Muntu said.


In a Facebook post on Wednesday Winnie Kiiza noted: ‘‘as I leave this office, Allow me to thank the FDC party under the leadership of, Gen. Mugisha Muntu for the opportunity they gave me to serve my country. It is one I will never regret. We have what to show to the country. I would like in a special way to thank my colleagues from all opposition parties in the 10th Parliament. Equally, those in the NRM who stood with me and supported the voice of reason when the situation demanded.’’


May 2016, Winnie Byanyima, the wife of Col Dr Kizza Besigye and Oxfam International Executive Director said of Winnie Kiiza: “Winnie Kiiza is a long serving politician who cut her teeth at local government level in early 90s and won trust of her people. During violent 2001 elections, Kizza set up and led the first Reform Agenda (opposition) teams in Kasese District and won the only western seats.”
She went on to praise Kiiza as a consistent, principled, responsive and caring leader who is respected and loved in all of Kasese district.