Home Politics Why we should mark but, not celebrate Uganda’s Independence 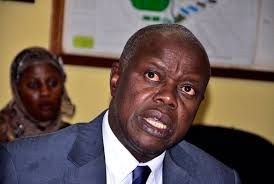 I am a little older than the Independent Uganda. I really do not know what that means for those born before independence and those born after Uganda’s independence.

Does it matter anyway? It does not matter because the social economic situation of the majority of Ugandans has not changed. But it matters because after securing independence, the citizens of a country are the ones that should take decisions affecting their country.
It is true that all countries that were colonized and given independence including the United States of America secured the independence but are they really independent? Or for that matter what does independence mean to them?
Reading through the one of the local dailies , I noted an article entitled “Government: Labour externalization is the solution to unemployment” In a sense he said that sending out young people to work abroad was the solution to unemployment.


It is true that Kyeyo money brings in approximately 1/3rd of the country’s export earnings. We should thank the Kyeyo people. Uganda’s export earnings are approximately USD. 3billion including USD.1billion from Kyeyo money.
Our inputs are approximately USD6billion. Assuming that there are 200,000 Ugandans abroad and over 40millions Ugandan in the country, the 200,000 bring in USD1billion and the 40m bring in 2billion. With this kind of scenario, it is only logical that you pump more people outside the country to bring in more revenue. (The 200,000 people I have used is a hypothetical figure) send them out.


That is the solution indeed. But I didn’t think it is a lasting solution with our resources, soil weather and entrepreneurship culture? we should not export our problems. We should meet them head on and solve them here,

I think to prescribe a solution of labour externalization to the unemployment problem is to define the problem badly.

The problem is Ugandans are unable to increase their standards of living by being gainfully employed. This gainful employment is through business startup or working for an organization.
This is what will give the individuals an income that enables them to acquire goods and services that lead them to a higher standard of living.


From the time of the industrial revolution, the concept of earning an income and feeding one self and family changed. Before the industrial revolution, subsistence farming was applicable globally. The industrial revolution ushered in the factory system where an entrepreneur starts a business and therefore employs himself or herself and as the business grows, he employs others.
The challenge in Uganda and indeed Africa, is that a large percentage of people still live on subsistence farming. The solution is getting them out of the situation and the issue is to get them interested in working and producing more. Especially for a country like Uganda where with the small population we had just after independence are the large resources we had transforming these people’s lives was easier than what it is today.

Is labour internationalization the solution? It is indeed but only in the short term.