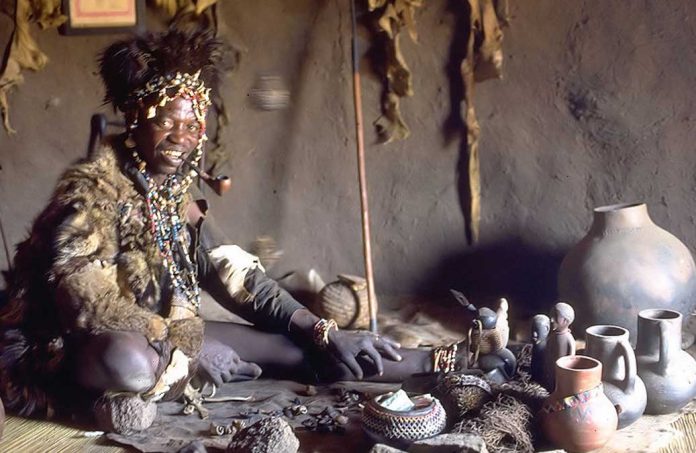 For generations, traditional medicine has been used to prevent and treat physical and mental ailments across Africa.
Yet the “first systematic review” into the use of traditional, complementary and alternative medicines (TCAM) in sub-Saharan Africa shows a “significant” use and adoption of these practices among diverse demographics across the continent.
The study, published in the BMJ Global Health journal, conducted a literature review of 180 peer-reviewed articles on TCAM use in the region between 2006 and 2017.


The researchers at the University of Sierra Leone, the University of Technology, Sydney, and College of Natural Health in Brisbane found both general populations and major health subsets use complementary medicine due to its lower costs and accessibility, belief in their “natural” status, word of mouth recommendations, or because of the treatment’s association with a patient’s cultural or spiritual beliefs.
Aggressive marketing drives also continue to hype herbal medicine presenting them as better options to manage diseases.
The various types of alternative medicine employed included herbal medicine, faith-based healing, besides mind-body treatments that involved massage and chiropractic.

The study, which mostly sampled from Nigeria, Ghana, Uganda, and South Africa, showed traditional medicine was used during pregnancy, childbirth, and postpartum stages.
Close to a quarter (22%) of urban Tanzanian women also sought assistance from traditional practitioners for pregnancy termination compared with at least 17% of their rural counterparts.
From Zambia to Ethiopia, Kenya, and Mali, sick people pursued TCAM to cure illnesses as varied as hypertension, diabetes, malaria, cancer, ophthalmic conditions, pre-surgery care, as well as mental and neurological diseases.
While there were no uniform characteristics among alternative medicine users across sub-Saharan Africa, clients were more likely to have lower educational levels and socio-economic status.
The study also showed many patients didn’t disclose their use of alternative remedies when they visited healthcare providers in clinics and hospitals.


Despite extensive use of traditional medicine, there continues to be a low understanding of its spread and impact, the authors said. With the lack of university-trained doctors and crucial resources, healthcare systems across Africa are already in bad shape.
For instance, the ratio of traditional healers to the population in Africa is 1:500 whereas the ratio of medical doctors to population is 1:40,000, according to the World Health Organization.


This has pushed the global health body to introduce an ongoing, decade-long effort to strengthen the role traditional medicine plays in keeping populations healthy. Several universities and health colleges across the continent have also integrated complementary medicine into their programs and have trained healers in mainstream medicine so that they could better treat their patients.
Quartz