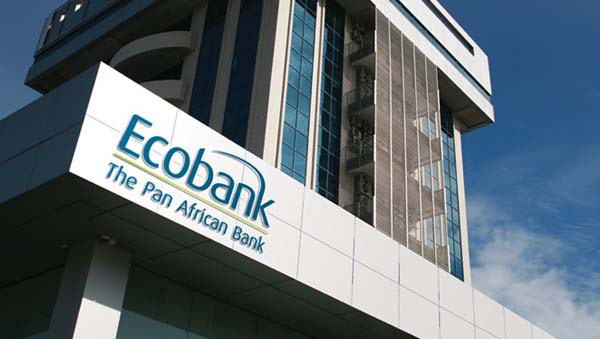 By Moses Kaketo
Early this year, the management of NIC bank, whose full name is National Industrial Credit Bank reached a decision to sell the bank to a willing buyer. Management went ahead and contacted Ecobank who agreed to the deal after undertaking a due diligence.
Unfortunately, the June 2017 Ecobank due diligence report revealed that the bank [ NIC] was not in good financial health as NIC management had indicated.


The financial health of the bank takes into account several parameters including loan book, customer deposits among others. Ecobank reportedly pulled out of the deal, prompting NIC bank to seek for re- negotiations, ‘‘which Ecobank management is yet to consider’’ said a source at NIC Bank in Kampala.
NIC bank recently revealed that its set to complete the reorganisation of its business after Kenya’s Treasury secretary Henry Rotich approved the transfer of its banking business to a new operating holding company.


The restructuring will see the bank transfer its Kenyan banking assets and liabilities to a new entity called NIC Bank Kenya Plc. The new subsidiary and all the other units will ultimately be owned by the parent that changes its name to NIC Group Plc, completing the firm’s conversion into a non-operating holding company.
Is NIC bank worth a buy?
Yes, said an industrial analyst. Founded in 1959, NIC bank is a large financial services provider in East Africa, headquartered in Nairobi, Kenya with subsidiaries in Tanzania, Uganda, Rwanda and South Sudan.
In Kenya, the bank boosts of 60 branches and ranked in tier1 and among the top ten commercial banks in Kenya.
On the other hand, Eco Bank is ranked number 21 in Kenya. Thus, Eco Bank buying NIC Bank would improve its ranking and bring it closer to about number 12.


Ecobank chairman Emmanuel Ikazoboh told Reuters last year that the bank sees Kenya as its pivotal market in East Africa and hopes to take advantage of Rwanda’s rapid economic growth. Analysts say buying NIC bank would help the struggling west African bank easily achieve this mission.
Unlike telecom, with Banking, when client opens up an account with a given bank, it’s not easy to close it or open another account with another bank. NIC bank having opened in 1959,boosts of loyal customers and accounts of top brands and multinationals. Eco Bank would take on such accounts.
Struggling Eco bank
The local unit of the pan-African banking conglomerate, Lome-based Ecobank Transnational, continues to grapple with losses since it launched in the East Africa-Kenya, Uganda, Rwanda and South Sudan.
The subsidiary has been compelled to turn to its parent company severally for additional capital to increase its lending capacity and fund the roll out of new branches. In total, Ecobank Kenya has borrowed more than KSh2.1 billion in additional capital from its parent company.


Early this year, the Pan African lender recapitalised its loss-making units in Tanzania and Rwanda even as the business environment in East Africa becomes increasingly tougher.
Ecobank Rwanda injected $8 million from shareholders in June adding to the $4 million received at the close of 2016 financial year.
Ecobank shareholders also pumped an additional $21 million to recapitalise Ecobank Tanzania.
The audited statement of comprehensive income for the year ended 2016 shows Ecobank Rwanda recorded a Rwf3.2 billion ($3.8 million) loss after tax compared with a profit of Rwf706 million ($836,098) in 2015.
Last year, Ecobank Kenya also reported high non-performing loans, while its Uganda unit broke even. This was after seven years of loss making.
The bank recorded a net profit after tax of $221,295 in 2016 in contrast to a loss of $205,296 posted in 2015. Its total assets stood at $76.1 million, while total expenses amounted to $10.8 million at the end of 2016.

Why Ecobank is struggling
Foreign banks normally recruit foreign managing director’s because they have not developed trust in local managers. However, business in East Africa depends on understanding the dynamics of the people and market. The west African banks have for long failed to understand this. Instead, they have to enforce west African business models in East Africa which have failed miserably.
For example, in west Africa when you seek a loan of say Ugx. 10m. the bank gives you Ugx. 8m and keeps the Ugx. 02m for you, to act as security. They give you this money when you clear the loan ( Ugx. 10m). Otherwise, when you fail to repay the loan, the bank does not lose 100 percent.


West African banks came with such model in East Africa, because they work best at home and termed as good policies. However, when they come here, they noticed late that such policies cannot work here. Otherwise, when you tell a client such policy, he simply walks away to other banks.
West African bank jinx
Like other Western African banks operating in the region [ UBA, GTB,] Ecobank has failed to establish in Uganda in particular and East Africa in general partly because of the low trade between Western Africa and East Africa. Like most businesses, banking is a relationship business.
Kenyan banks continue to do well in Uganda because Kenya is one of the major business partners with Uganda.
Also, UK, South African, Indian banks are doing well due to strong business ties between Uganda [ and East Africa in general] and these countries.


Poor reputation is another factor. Industry Analysts say the much-talked-about 911 internet scams and cyber fraud cases in West African counties worry Ugandans and East Africans at large, who fear to transact with these banks despite the assurances from the regulators of their soundness.
A case of good strategy
In a bid to project growth, Ecobank opened branches [ has since closed some] that have been dubbed as ‘non-performing’ and added to the bank’s woes.
For example, Ecobank in Uganda has three branches too close to each other; Parliamentary Avenue, Bombo road and Wandegeya. These branches are so close to each other yet the bank has no branch in Ntinda – one of the fastest growing towns with vibrant economic activities.
As they say; in business, location is everything. How do you make money when you are not strategic and well positioned?


A visit to these three Ecobank branches at any time of the day, there are fewer customers transacting.
The branches are located near each other within the central business district (CBD) which is very expensive in terms of rent. In addition to having heavy traffic, the bank has to pay high operating costs per branch.
What next?
June Last year, Ecobank chairman Emmanuel Ikazoboh told Reuters that the bank was reviewing its expansion strategy following a decline in profits and may pull out of some African countries to focus on its most promising markets.
The bank operates in 36 African countries and employing more than 20,000 people.

“The business model whereby we are just expanding and posting our flags (in different countries) has to be reconsidered,” Ikazoboh said after the bank’s annual shareholder meeting at its headquarters in Lome.
He explained that Ecobank is dividing its operations into three “pockets” according to their potential,

“In the last ’pocket’ (of least promising countries) we really want to take a decision as to whether we continue to operate in those markets,” said Ikazoboh, adding decisions would be taken within months.

Sources close to the bank said this could apply to some small markets in eastern [ Uganda, Rwanda, Kenya] and central Africa, as well as countries such as Sao Tome and Principe.
Now that NIC bank deal failed, it remains to be seen whether Ecobank will continue to operate in the region where it has not been warmly welcomed.

READ: How a local bank lost millions of shillings to fraud