Home Politics Why Arsenal should drop Rwanda deal-Rwandese don’t have enough to eat, over... 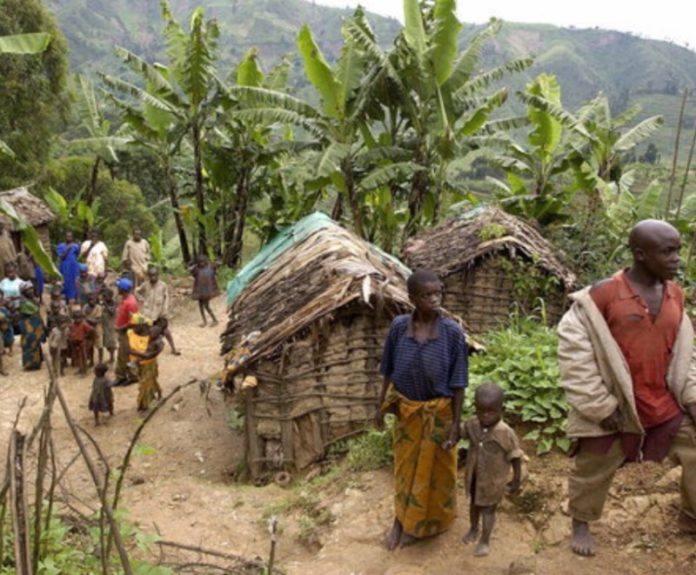 By David Himbara
Dear Sir Chips Keswick, permit me to firstly congratulate you for running a highly successful football club, Arsenal. Your club is impressive by all indications. According to your 2017 Financial statement, Arsenal’s assets stand at US$892 Million (£670 Million).

Forbes valued Arsenal at US$1.9 Billion (£1.5 Billion) as of 2017. Arsenal’s assets nearly match Rwanda’s annual budget which was US$2.3 Billion in 2017/2018. There can be no doubt that Arsenal is a highly successful enterprise — which brings me to my point that taking money from such a poor country is not right.
Sir Chips Keswick, I am writing you this letter, as the Chairman of Arsenal, about what most reasonable people would consider a terrible mistake on your team’s part. Evidently, you just signed with the government of Rwanda a three-year US$39 Million sponsorship deal. For this money, your team will wear a ”Visit Rwanda” logo on their sleeves.


Sir Chips Keswick, you may not be aware of this — but Rwanda is very poor with an annual per head income of US$702. As the UK Department for International Development (DfID) explains, “Rwanda remains one of the poorest countries in the world. Over a third of its population live in poverty.”
Poverty is concentrated in rural Rwanda.
There isn’t enough to eat in Rwanda. The country receives food aid. For example, in 2016, the United States government donated to Rwanda US$9 Million in food aid. In 2018, the World Bank supplied Rwanda with US$23 Million to fight chronic malnutrition — the figure will increase to US$55 Million. To make matters worse, flooding and landslides in the past five months have killed over 200 people while impoverishing thousands.


Floods and landslides have taken a heavy toll on Rwandans.
Moreover, donor money account for about 20% of Rwanda’s budget while foreign loans accounting for 13%. In other words, about 33% of Rwanda’s annual expenditure is funded by donors and external financing.
Sir Chips Keswick, you may also not know this, but the man who rules Rwanda, President Paul Kagame, is an iron-fisted dictator. In 2017, he supposedly won elections by nealy 99%. Kagame is set to rule Rwanda until 2034 —he has been at the helm since 1994. Leaders of the opposition who tried to run against Kagame, including Victoire Ingabire Umuhoza and Diane Rwigara, were thrown into prison. Some opposition leaders were intimidated, assassinated or exiled.


Further, Kagame’s military stands accused of crimes against humanity and plundering minerals from neighboring Democratic Republic of Congo.
Sir Chips Keswick, I put it to you that Arsenal has made a terrible mistake. Please, abandon this ill-informed sponsorship. The 12 million Rwandans who live and suffer under Kagame’s rule will greatly appreciate your decision. Rwandans need this money far more than you do.

read:Rwanda spent 135 billion on Arsenal deal, while teachers have not been paid for 05 months

Most Sincerely,David Himbara
The Author is an Educator, Author & Professor of International Development, based in Toronto, Canada 🇨🇦