Home Business Why Andela is closing its offices in Africa, selling off properties 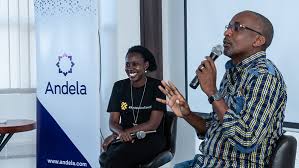 May this year, Andela announced plans to go fully-remote. Fast forward, as one of Africa’s best funded tech companies, Andela is reportedly closing off its offices in Africa and selling off their properties.
This comes after the software-talent company laid off 135 staff, and announcing their plans to become a remote-first company while expanding their network to include top engineers from across the continent, and eventually around the world.
September last, with a major shift in strategy, the company ended its developer training programs in Nigeria, Kenya and Uganda, and laid off up to 400 of its contracted junior developers across those three countries


Back then, the company CEO, Jeremy Johnson denied claims that the changes were about cost-cutting, Andela, which has grown rapidly with venture capital funding in the last five years, was yet to attain profitability
Founded in May 2014, Andela is an American company with operational campuses in Africa including Nigeria, Ghana & Kenya that identifies and develops software developers.
Andela’s business model of training and outsourcing junior developers to global companies around the world saw it become a champion for local computer engineering talent across Africa.
Andela’s CEO, confirmed the statement in a twitter response to a user, saying, “It is true that we’re going fully remote, but it’s not a secret. We announced it to all Andelans”.

Quoting, an ex-employee at Andela Uganda, Afritechpost reports that the software development firm has already sold off her equipment to select employees and is now reportedly selling to asset disposal companies.
Since Andela’s inception, developers have hosted meetups, hackathons, coding mentorship sessions and more, in collaboration with innovation and tech hubs all over Africa, however, Andela went on to build new spaces to enable them to better support respective tech ecosystems in their locations and serve as a collaboration hub for technologists and entrepreneurs.

He adds: Happens when you ignore “local” advice and take theories of “international” consultants/advisory firms. You’ve got to know how, when and to whom to deploy resources