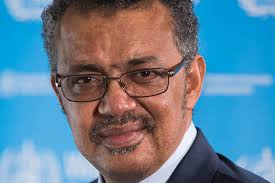 The World Health Organization on Monday warned countries against giving up on efforts to control the coronavirus pandemic, with the head of the agency saying doing so would be “dangerous.”
“Giving up on control is dangerous,” said Tedros Adhamon Ghebreyesus, the WHO’s director-general. “Control should … be part of the strategy.”

The remarks by Tedros, as he is known, came a day after White House Chief of Staff Mark Meadows seemed to indicate in a CNN interview that the administration has concluded containment of the virus is not possible.
There have been reports for weeks that Trump and senior White House officials have given more credence to guidance from Scott Atlas, a senior fellow with Stanford University’s Hoover Institution, and others who argue the country should hasten the development of herd immunity by letting the virus spread unchecked while trying to safeguard the health of people who are the most vulnerable. Atlas is a neuroradiologist, not a public health expert.
Covid-19 cases in many parts of the country have been surging, leaving hospitals struggling to cope. Over the past week, the country has averaged nearly 70,000 new cases a day, back to the dangerous levels last seen in late July. On Saturday, the country reported almost 84,000 new cases.


The soaring case numbers, in many European countries and in the United States, have led to fears that governments will be forced to resort to deeply unpopular lockdown measures used in the spring to try to flatten transmission curves.
The WHO, which has never urged countries to take these types of containment steps, stressed Monday that if governments and individuals took the measures that have been showed to curb transmission of the SARS-CoV-2 virus, lockdowns would not be needed.
Mike Ryan, the head of WHO’s health emergencies program, suggested countries turn to lockdowns only when they have failed to put in place a comprehensive strategy for containing and controlling the virus in advance.
Governments need to ensure testing and contact-tracing programs are effective, and that people who are close contacts of a confirmed case go into quarantine. But they also need to give people the means to quarantine effectively and safely, Ryan said.


“Governments need to look for and persuade people to do the right thing, but they need to support people in doing that,” he said. “They need to have food. They need some access to connectivity. They need to be supported. They need contact with their families.”
Individual too must play their part, if the people most vulnerable to Covid-19 are to be protected, Ryan said.
“If every individual did everything today to reduce their exposure to this virus and reduce the chance that they may expose others to this virus, and if every individual did that through physical distance, through wearing masks, through ensuring they avoid crowded spaces to hand hygiene, … then we would have significant success, as has been demonstrated in many countries, in containing this virus,” he said.


The alternative is to face a “tsunami of cases” that will put the health and lives of health care workers in jeopardy and cripple health care systems, he said. “You run out of capacity to cope,” he added. “And that is the fear right now. I hope we don’t run out of that capacity.”
Ryan acknowledged a perplexing part of the problem is the fact that many people still don’t understand the scope of the threat posed by the virus — even though more than 1.1 million people worldwide have already died, putting this pandemic on a par, so far, with the 1957 and 1968 flu pandemics.


To date more than 225,000 Americans have died from the virus.
“Not everyone accepts that [containment] needs to be done because they don’t believe in this disease. They don’t believe we have a pandemic on our hands,” Ryan said, his voice straining with incredulity.
“How can you convince someone to do something if they don’t actually believe that there’s a problem?”
statnews 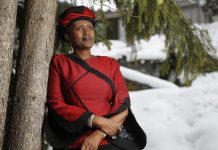 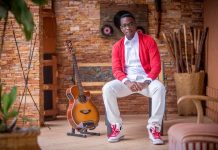