Home Politics When is it too late to implement a succession plan? When a... 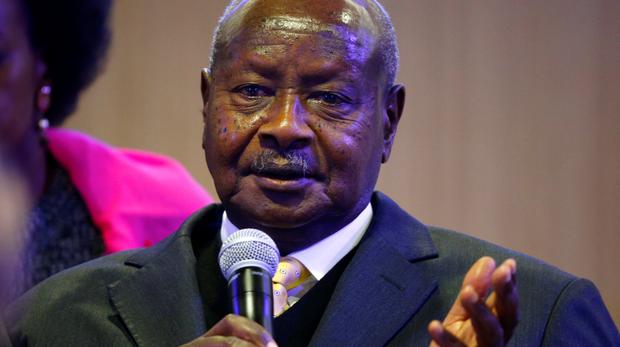 By Norbert Mao
True to character, the late Prof. Apolo Nsibambi as an accomplished academic and researcher who dispensed distilled knowledge free of chaff.


Nsibambi left us with an earful of free advice if only we care to listen and take heed.
As the bottleneck is at the top of the bottle, Nsibambi started with President Museveni who he advised him to retire.
He insisted that it is time Museveni carried out a succession plan to pave way for his exit before it is too late. This begs the question. When is it too late to implement a succession plan?


When a leader is weak and frail, when his court is filled with factions of cronies jostling for power, and when the leader oblivious of his mortality begins to ignore minority’s voices then you know a downward spiral leading to an implosion is inevitable.
Nsibambi did not spare Museveni’s bush doctor and chief political commissar FDC honcho Col. Kizza Besigye who he accused of being too arrogant and aggressive in his methods. Whatever the good old Professor meant is anyone’s guess but due to his inclination towards less abrasive politics this view is understandable.

Even the newcomer Robert Kyagulanyi aka Bobi Wine did not escape the scrutiny of the Professor. He noted that Kyagulanyi wants power but is going about it the wrong way.
He did not elaborate what he meant by the wrong way but ended by cautioning him to work closely with other parties and not be a lone wolf.
In that NTV interview carried out in November last year Nsibambi gave a philosophical reflection on how leaders can fail their followers and vice versa. He said leadership and ‘followership’ are interdependent. “Followers shouldn’t be sycophants.”, he cautioned. For those who revel in the adulation of adoring fans, be warned that sycophancy is not loyalty. It is self preservation!


Nsibambi’s preoccupation was national integration and the dispersal of power as an answer to the problem of an imperial presidency. No wonder his reflections on the arrested development of Project Uganda and the challenges of National integration was his last major work.


Prof. Nsibambi had a complex and multifaceted personality but it was all underpinned by his family pedigree which instilled in him a an exemplary work ethic seen in his unmatched punctuality, a great sense of honor and a deep seated Christian faith. This complexity runs through the outpouring of tributes that followed his death.
Prof. Mamdani said this about him: “All through his work Nsibambi was a noble gentleman and considerate. Nsibambi was a conservative person. He did not have great interest in change. I would say he was slightly naive. However he was a good man.”