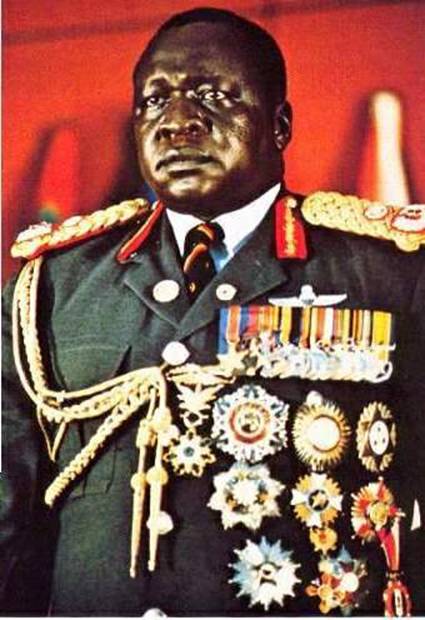 On March 28th 1975, Idi Amin Dada (R.I.P) wrote to the Secretary-General of the World Islamic League Conference, Dr. Hassan Tohamy, reminding him of the Muslim’s duty in the world to liberate Palestine. Read the letter in full.
…………………

It is significant to note that the time when we were still celebrating the birth of our HOLY Prophet Mohammand S.A. W in the most fitting manner, we have had to gather in order to pay farewell to a great Muslim leader who died while working for the liberation of the Holy occupied land of Palestine, His Majesty the late King Faisal of Saudi Arabia.

His death should remind us of our discussions both in Lahore and at Rabat concerning the total Liberation of Palestine and of our pledge to pray once again in the Holy Aqsa Mosque once it is liberated.

Our target must therefore, be the total liberation of Palestine and to pray in the Al-Aqsa Mosque with the blessing of God.

This is sacred duty of all followers of Prophet Mohammad S.A.W. We must always remember that AL-Asqsa Mosque is one of the three Holy places for the Muslims, the two others being Mecca and Medina.

We must also remember that it was through Al.Aqsa mosque that Prophet Mohammad passed on his way to Al Jannah where he received God’s instructions which he brought back to be followed by all Muslims whenever they are.

To-day, this Holy place is being misused and insulted by the Zionists. We must not and will spare no effort until Al-Aqsa Mosque is liberated and returned into the hands of Muslims once again.

By so doing, we shall be fulfilling one of late King Faisal’s most sacred and cherished wishes which ne mentioned to Yasser Arafat twelve hours before his death. His wish to pray at Al. Aqsa Mosque.

We in Uganda shall always be with our brothers bot in peace and at war. If you want peace, you must prepare for war and if you fear death, you will never liberate the occupied lands.

President of Republic of Uganda