Home Politics “Voting NRM is not only a political mistake, but also sinful’’ Father... 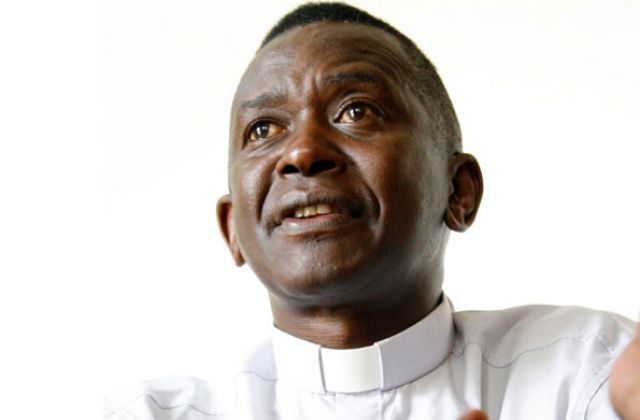 By: Father Anthony Musaala
·
ON ‘SINFUL VOTING’ I gave what seemed a controversial opinion in a previous article:
“Voting NRM would not just be a political mistake, it would be SINFUL, in the proper sense of that word. It would be a grave offence against God and man, for which terrible consequences await us, in this life and the next”

Against this opinion it could be argued that voting is first of all a democratic right, and can never be a sin. On a general level that is true.


Yet in this particular case of our elections in Uganda, isn’t it also true that there are certain moral judgements involved in choosing (or not choosing) a certain political party?

Sinfulness simply means contravening the moral law, the ten commandments, the law of love as given by Christ. This applies in the political sphere, as it does at home and at work.

Let us now reference some articles of the Catholic catechism to guide our discussion.


1. Article 2268
The fifth commandment forbids direct and intentional killing as gravely sinful. The murderer and those who co-operate voluntarily in murder commit a sin that cries out to heaven for vengeance.

2. Article 2269 says
The fifth commandment forbids doing anything with the intention of indirectly bringing about a person’s death. The moral law prohibits exposing someone to mortal danger without grave reason, as well as refusing assistance to a person in danger.


3. Article 2287
Anyone who uses the power at his disposal in such a way that it leads others to do wrong becomes guilty of scandal and responsible for the evil that he has directly encouraged. “Temptations to sin are sure to come; but woe to him by whom they come” Lk 17:1

4.Article 2288
Life and physical health are precious gifts entrusted to us by God. We must take reasonable care of them, taking into account the needs of others and the common good.
Concern for the healthof its citizens requires that society help in the attainment of living-conditions that allow them to grow and reach maturity: food and clothing, housing, health care, basic education, employment, and social assistance.
And finally

It is a part of the Church’s mission “to pass moral judgments even in matters related to politics, whenever the fundamental rights of man or the salvation of souls requires it. The means, the only means, she may use are those which are in accord with the Gospel and the welfare of all men according to the diversity of times and circumstances.”
Now consider all of that in the light of your political choices. Is the party you want to choose concerned about these fundamental moral issues or not? Are you?
Your party may consider that ‘peace’ and building roads and making money is what is most important. Human rights and dignities may not be their priority.

I would like to explain this further using the case of abortion.
If you know abortion is sinful, but someone whom you love desperately wants to have an abortion for reasons of convenience, what do you do?
If you say or do nothing, you commit the sin of omission.

If you tell them that what they intend to do is wrong and they persist, you have done what is required of you, but they will remain culpable.
If you encourage them in any way, morally or financially, you are complicit in their sin.
Supporting a criminal or immoral act makes you complicit in it. Turning a blind eye to sinful acts is the sin of omission, and that is why it is possible that voting for a certain political party may be sinful.


We cannot say that the ruling party is full of sinners. No-one can make that judgement. Furthermore none of us is without sin, each of us needs the grace of continued repentance. This is therefore not a ‘blame game’, it is an honest look at what is before us in this critical moment of our history.

We know there are good people in the ruling party who know the truth, some of them very committed Christians but who perhaps have not considered the moral implications of being supporters of the regime.

We also know that the ruling party has been capable of good things. This however is no excuse!
Its adherents now sin implicitly and complicitly, because by association they consent to the sinful means used by that party to carry out its activities, whether it is torture, killings, bribery, kidnapping, intimidation and so on. These are not excusable any more on any grounds.
When a political party degenerates to such a degree, one must abandon it quickly, or share in the judgement which it will face!


So if you are voting for any party ask the Lord to guide you, and He will!
Also, if you are not voting, what are your reasons?