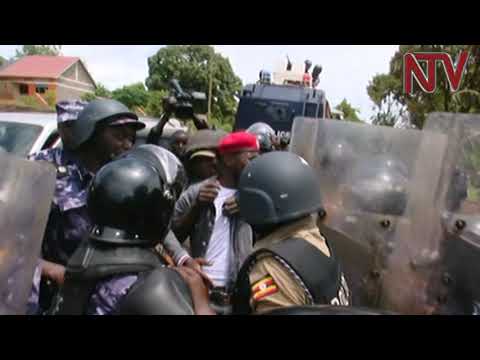 Bobi wine was on Monday ‘violently’ arrested as he attempted to make his way to Easter Monday music show at One Love Beach – Busabala .

VIDEO: @PoliceUg breaking into Bobi Wine's car and arresting him

Police reportedly broke the windows using pistol butts and a hammer and sprayed him with teargas to drag him out, then whisked away to a waiting black mobile police vehicle and driven away to an unknown destination

VIDEO: You are breaking my arm officer – Kyandodo East MP Robert Kyagulanyi aka @HEBobiwine cried out earlier as he was being arrested at One Love Beach, Busabala after police blocked his concert scheduled for today. #NTVNews https://t.co/TGjmUkoCfQ pic.twitter.com/Lk0VmHd42p