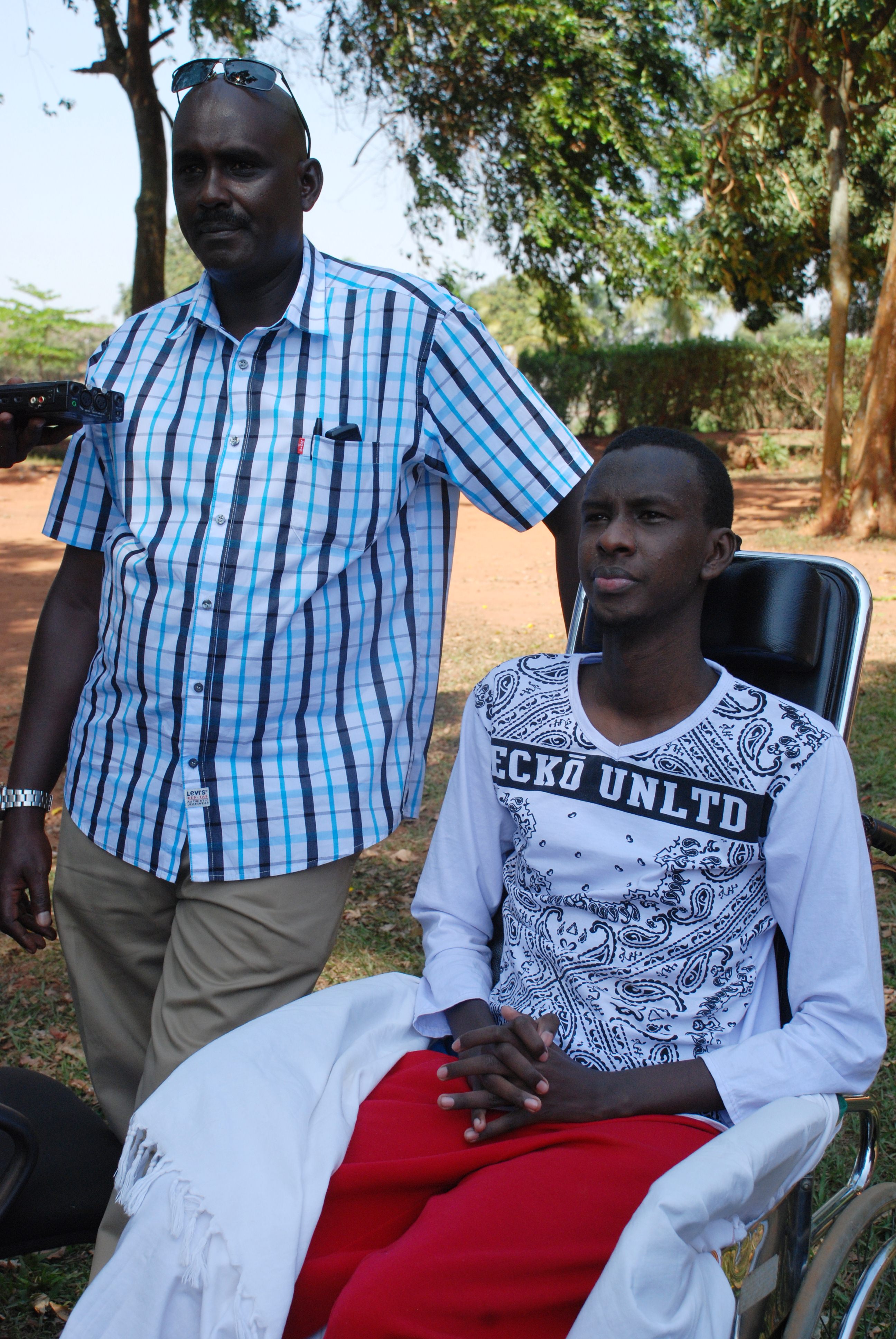 A former UPDF Officer, Paddy Nabimanya launched a public appeal to raise Ugx. 46 million to save his only son- Raymond Bamwesigye.

Bamwesigye 24, a second year DBA Student at Makerere University Business School, was attacked by unknown people, who hit and robbed him on June 12, 2015 while he was returning from an internship programme.

He was rescued by good Samaritans and rushed to the Spine Unit at Mulago Hospital where doctors found that the attack had damaged his spine leading to paralysis of the lower body.

Despite undergoing a major surgery, he has only been able to regain use of his upper body. He is currently unable to write, feed, and ease himself. He urinates using a catheter. He has as a result been out of school for over a year and stays with his family in Kasokoso, Wakiso District.

He now needs a second major Surgery that cannot be done at Mulago. Doctors have recommended that he be taken to Apollo Hospital in India.

Mr Nabimanya, a retired Sergeant, says the family has run out of money, following a year of Bamwesigye’s hospitalization and cannot raise the required USD13,400.

“He is all I have and there is nothing I will not try to save my only son. Am a retired army officer and I have spent all that I had. I call upon the public to help in any way possible” Nabimanya says, adding: “The specialists from India assessed him and have reassured us that a second surgery will enable his lower body to recover and the paralysis will be gone.”