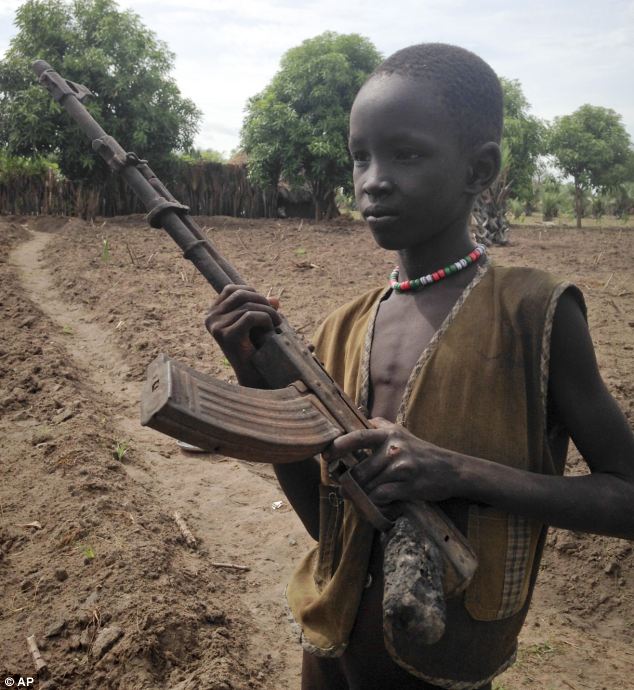 The United States has circulated a draft UN Security Council resolution that threatens to impose an arms embargo on South Sudan and to take “all appropriate measures” against those blocking peace efforts.


The draft text obtained by AFP demands an end to four years of fighting in South Sudan and urges the warring sides to uphold three ceasefire deals agreed since July 2016.
The council “expresses its intention to consider all appropriate measures, including an arms embargo, to disable the parties’ ability to procure weapons and ammunition so that the peace process can proceed,” said the draft resolution.

Diplomats said Russia and China are likely to raise objections to the draft, which takes a tough line on punishing those who refuse to end the war, now in its fifth year.
Negotiations are to begin Thursday on the proposed measure ahead of a vote at the council scheduled for March 15.
The African Union has backed sanctions as a way to pressure the sides to end the war in South Sudan but it has not endorsed an arms embargo.


The United States failed in late 2016 to garner enough support for a ban on weapons sales to South Sudan but is again making the case for an embargo as fighting continues.
US Ambassador Nikki Haley told a council meeting in January that a ban on weaponry would “actually help the people of South Sudan — to slow the violence, slow the flow of arms and ammunitions and protect innocent lives.”
Last chance for peace
The war has killed tens of thousands of people, uprooted nearly four million — roughly a third of the population — and raised the risk of famine.


Ethiopia is leading a regional peace effort for South Sudan, hosting talks that have yet to produce a breakthrough.
That diplomatic effort has been billed as a last chance for peace as frustration grows over the ongoing war that has seen horrific levels of brutality.
Addressing a recent AU summit, UN Secretary-General Antonio Guterres dropped his usual reluctance to criticize leaders and said he “had never seen a political elite with so little interest in the well-being of its own people.”


The draft resolution would also renew the mandate of the UN peacekeeping force in South Sudan for a year, maintain a regional force in Juba and request that the blue helmets be fully-equipped with tactical helicopters and drones to help them carry out their mission.
The United Nations has 12,500 troops and 1,500 police in its UNMISS mission.


The draft urges Guterres to ensure the mission is at full strength, reaching its authorized ceiling of 17,000 troops and 2,000 police.
It calls on Juba to sign an agreement with the African Union to allow the establishment of a hybrid court in South Sudan to try those responsible for serious crimes.
South Sudan descended into war in December 2013 when President Salva Kiir accused his former deputy Riek Machar of plotting a coup.