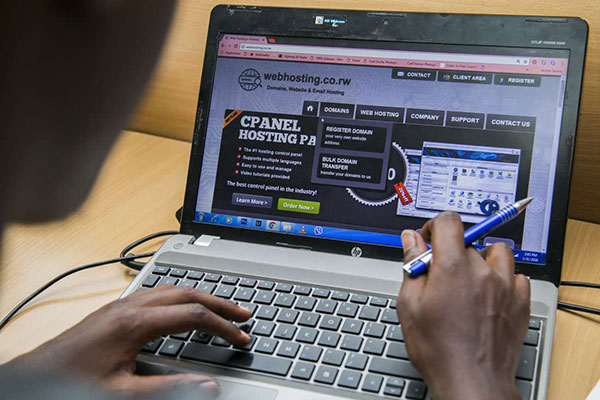 Domain names like .rw and extensions such as co.rw, org.rw have been struggling to get local and international subscribers, with many businesses still showing strong preference for .com domain names.


The country’s .rw domain name was registered in October 1996 but has only managed to get over 3,000 subscriptions. This is despite the country’s growing international profile, especially in the past five years.
“Growth has been slow and we are trying to create awareness about the value businesses can get from using the .rw online presence,” said Nkeramugaba Ghislain, CEO of Rwanda Information and Communication Technology Association (Ricta), which runs the domain.

Ricta has set itself a target of 5,000 new subscriptions over the next three years.
Mr Nkeramugaba blames the absence of a vibrant web technology industry for the low subscriptions. The cost of hosting on .rw domains is also still high, which puts off subscribers.
However, Ricta is working with Rwanda Utilities Regulatory Authority (Rura) to introduce competitive prices for hosting services in the market.


A business registering on .rw is charged Rwf12,000 ($14) per year while registering on other local domain names like coop.rw, co.rw, .org.rw and ac.rw costs Rwf3,000 ($3) per year.
Low traffic
ICT analysts say that as the government promotes the “Made in Rwanda” initiative, advancing the country’s cyberspace identity is imperative.


Muhirwa Christian, the CEO of Broadband Systems Corporation — a local hosting company — said the reason local domains have low traffic is because businesses still find foreign hosts and domain names more advanced and provide better global exposure.
“We are trying to improve, but there is still a long way to go,” he said.


Mr Muhirwa said local businesses are also still largely doing business the conventional way and do not have digital footprints. Many are yet to see the value of online markets.
When the .rw domain was registered in 1996, its management was given to interpoint, a Belgian company as the trustee. Its management was transferred to Ricta in 2012.