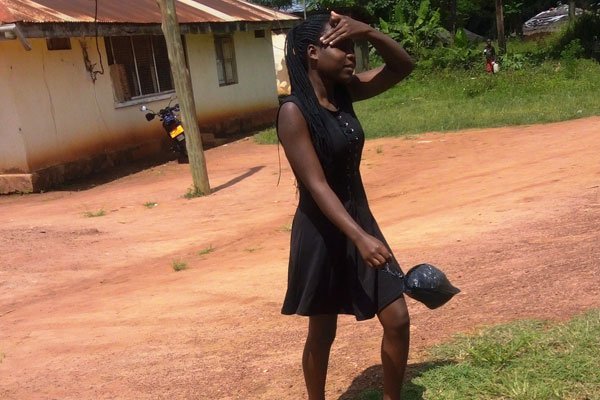 Last week, Teddy Twinomashiko, 18, a first-year student of Kyambogo. She sent several text messages to her parents claiming she had been kidnapped.
The parents reported the case to Kirinya Police Station, Kira Municipality in Wakiso District.


Detectives tracked and located Twinomashiko’s phone to be at Lira University, in Lira District. She was found staying with Hasad Muyanja, 21, a third year student of Community Psychology at his hostel at Lira University on Friday.

The lovers are currently held at Lira Central police Station. The North Kyoga regional police CID boss, ASP Joseph Mugalya says the suspects will be transferred to Kirinya Police Station where a case of kidnap had been registered under CRB 140/2019.
Recently, Police arrested Bruno Tayebwa, a resident of Kabalagala for faking own kidnap. On 3rd September, Tayebwa called his wife Evas Ainomugisha claiming he had been kidnapped.


While in hiding, Tayebwa used his phone number to ask the wife to send Ugx. 10 million to his captors in order to spare his life.
Police spokesperson Fred Enanga said that Ainomugisha reported a kidnap case at Kabalagala police station. Phone signals indicated that Tayebwa was moving between Jinja Municipality and Mayuge district


The Flying Squad Unit laid a trap by sending some money to Tayebwa phone, which he was advised to keep as an assurance to the kidnappers that the family was searching for the rest of the ransom.


He was however tracked down withdrawing the money in person from a mobile money agent.
Upon interrogation, Tayebwa said he had faked his own kidnap to get money from his wife, a powerful businesswoman who rarely gives him money.