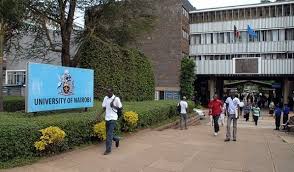 
Despite this, Kenya, an economic and transport hub in East Africa and a key Western ally in a volatile region, receives substantial financial support for its security services from international donors, including the United States and Britain.
Rights groups say at least 28 people were killed, mostly by police, in unrest following the Aug. 8 election, whose results were later nullified by the Supreme Court due to irregularities.

A re-run of the presidential vote is scheduled for Oct. 26 and the conduct of the police will be closely watched.
On Sept. 28, University of Nairobi students protested against the arrest of an opposition lawmaker. Police responded by entering dormitories and classrooms, dragging out students, beating them with clubs and firing tear gas, according to a Reuters witness. The university said 27 students were injured.
A police spokesman did not respond to requests for comment but a presidential spokesman told local radio on Monday that robbers were hiding among the students.


On Tuesday, students had planned to demonstrate against the beatings but instead administrators shut down the university.
“The (University of Nairobi) Senate has decided to send the students home for their (own) safety,” John Orindi, the university’s corporate affairs director, told Reuters.


On Tuesday morning, riot policemen stood near a truck with water cannon outside the campus gates.
A 20-year-old veterinary student who did not want to be named for fear of retribution said students wanted the vice chancellor to resign “for allowing anti-riot police to enter campus and seriously injure students”.
University officials had talks on Monday with the interior minister, police chief and the head of a Kenyan government watchdog that is charged with investigating complaints against the police.
Source: Reuters