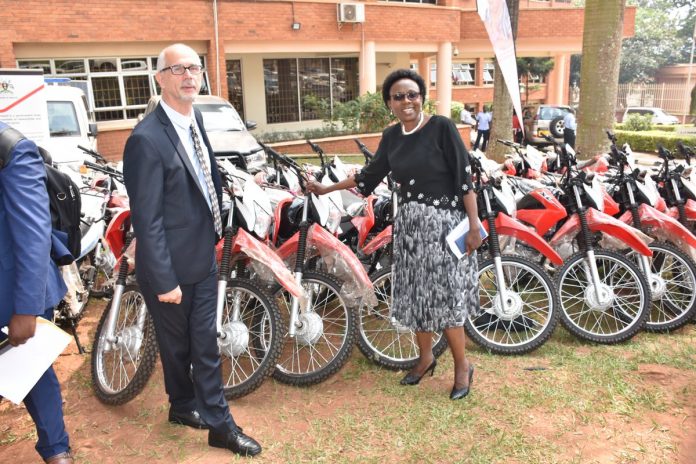 United Nations High commission for refugees (UNHCR) and DFID on Thursday handed over 3 ambulances, 31 motorcycles and a thermo-scanner to the Ministry of Health to boost response to Ebola in the refugee hosting districts. The equipment cost Ugx. 728 million.


The thermoscanner will be placed at the Departure section at Entebbe International airport to screen those exiting the country so that the international community is protected from Ebola.
The items were handed over to the Minister of Health Dr. Jane Ruth Aceng by UNHCR representative in Uganda Joel Boutroue at the Ministry of health headquarters in Kampala.

Mr Boutroue said more resources are needed and added that there is need to increase surveillance at district level and increase preparedness.
“This donation is part of UNHCR efforts to strengthen refugee hosting districts’ health systems to be better prepared for any possible outbreaks,” he added


Speaking at the handover, the Minister said, The motorcycles will enhance Integrated disease surveillance and response in the refugee-hosting districts of Yumbe, Arua, Adjumani, Moyo, Lamwo, Kikuube, Kiryandongo, Kamwenge, Kyegegwa, Isingiro, Koboko, Hoima and Ntoroko districts
Ambulances will be deployed in Arua, Kisoro and Kikuube districts. The donation will improve case management by transportation of the alert cases from the point of identification of the isolation centres. 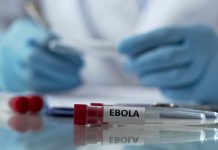 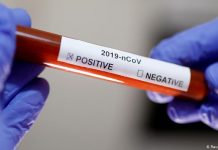 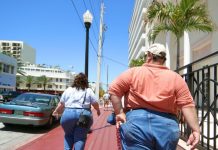