Home Business UNBS speaks out on the Quality of Kenyan Salt brand said to... 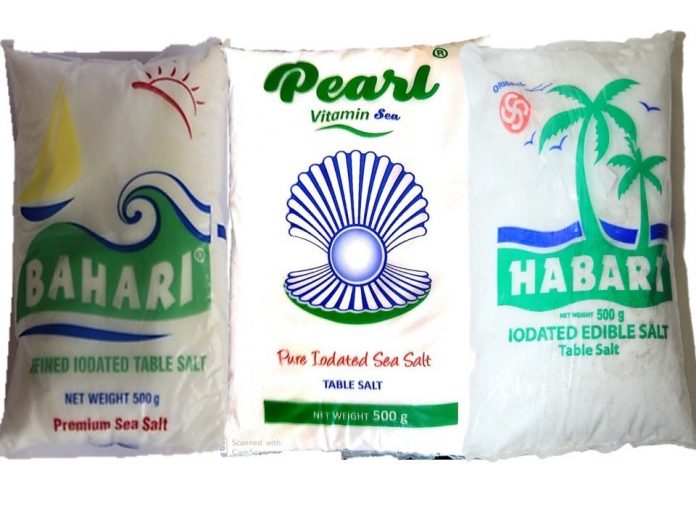 
“Mr. Speaker, the complaint of the community is that this salt has particles that do not dissolve in water. Two, the salt is tasteless. You may add large quantities but it does not taste like the salt we eat every time,” The FDC firebrand said as brandished empty packets of the said salt


UNBS speaks out
In a statement released yesterday, he said, “The salt brand in question bears the Kenya Bureau of Standards (KEBS) standardisation mark as evidence that it has been certified for compliance with standards.”
“The salt was cleared for importation into Uganda based on valid certification permits from KEBS as part of the EAC mutual recognition of certification permits issued by standards bodies in the partner states. This measure was designed to facilitate trade among EAC countries. However, as a quality assurance measure, UNBS routinely picked samples for further laboratory analysis and the tested samples passed.”

Nevertheless, he said, “UNBS does not take the allegations lightly and we have picked samples from the market to carry out further laboratory analysis to ascertain whether the salt meets the requirements of the standard for fortified food salt (US EAS 35:2012).”
The UNBS assured Ugandans that it will continue to perform its mandate of enforcing standards to protect the health and safety of consumers and the environment against dangerous and sub-standard products.
However, people familiar with the local salt industry, said Olanya’s complaint is part of a wider business rivalry in the Acholi sub-region, a claim the MP roundly denies.


The rivalry, according to knowledgeable sources, pits two companies: Habari Salt owned by Dr Hasmukh Dawda’s Umbrella group, House of Dawda (Uganda) and House of Manji (Kenya) against Bahari Salt, owners of Pear salt!
The companies are said to be fighting for market share in the north and that politicians seem to be taking sides. But in an interview, Olanya denied having any ulterior business motives.