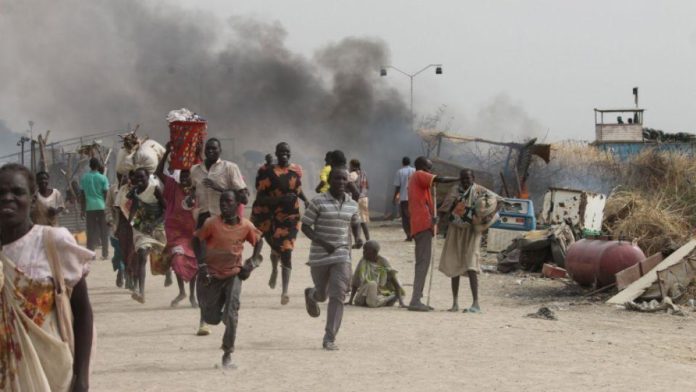 Displacements due to conflict and economic hardship have caused some South Sudanese to remain stateless as they are either denied or cannot afford nationality documentation in the country that has been embroiled in more than four years of conflict, the UN refugee agency said on Wednesday.


“Continued insecurity in South Sudan has led to widespread forced displacement of persons, which increases their vulnerability to statelessness. A key challenge in terms of access to nationality documentation for internally displaced persons (IDPs) relates to the requirement of witnesses,” the UNHCR said in a report.
According to the South Sudan Directorate of Nationality, Passports and Identification (DNPI), doubtful applicants are required to produce recommendation documents from their local authorities which is likely difficult for IDPs.

It disclosed that displaced persons are disadvantaged in terms of access to nationality documentation due to higher levels of financial vulnerability which renders them unable to pay the required fees of between 25 to 37 U.S. dollars.
UNHCR said it conducted 26 qualitative interviews, including both focus group discussions and key informant interviews in 2017 in the areas of Renk, Aweil neighboring Sudan and the border area of Nimule near Uganda and the capital Juba.


The report reveals that nomadic communities such as the Ambororo and Falata experience significant discrimination in terms of access to nationality as they are perceived to be foreigners, and also those trans-boundary ethnic communities of the Madi, Kakwa and Acholi near the Ugandan border face difficulty in accessing nationality documents.
Johann Siffointe, the UNHCR Representative in South Sudan, said they have since 2012 helped over 12,000 people to acquire their nationality documents and will continue to work with the South Sudan government to help more people.


He added they will continue advocating for improved legal framework by supporting the government to ratify and accede to the 1954 convention related to the status of Stateless persons and the 1961 convention on the reduction of Statelessness.