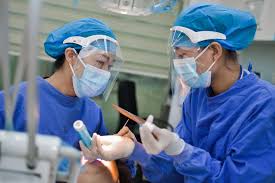 The heads of three UN agencies joined forces on Tuesday to appeal for a global push towards “open science”, citing the value of cooperation in the response to COVID-19 and the dangers of treating evidence-based knowledge as an exclusive asset, or simple matter of opinion.
Audrey Azoulay, the Director-General of the UN Educational, Scientific and Cultural Organization (UNESCO), Tedros Adhanom Ghebreyesus, Director-General of the World Health Organization (WHO) and Michelle Bachelet, UN human rights chief (OHCHR), said it was time to ensure the benefits of science could be shared by all.


Science not ‘only for the few’
“In these difficult times, the best health technologies and discoveries cannot be preserved only for a few”, the WHO chief said.
“They must be available to all. After all, what’s the purpose of having cutting-edge technologies if they cannot reach the people that need them the most? Sharing data and information that is often kept secret or protected by intellectual property could significantly advance the speed at which technologies are developed.
“An open research process also promotes transparency and helps to safeguard against misuse and allows others to validate the research process. So I warmly welcome today’s call for open science, a call for inclusiveness and solidarity.”

Ms. Azoulay said the global fight against COVID-19 had highlighted the need for universal access to science as never before, and the potential of cooperation.
Solidarity ‘a model for the future’
“The solidarity shown by the global scientific community is a model for the future. In the face of global challenges we need collective intelligence more today than ever”, she said.
“And yet before COVID-19 only one in four scientific publications were openly accessible, meaning millions of researchers were denied the possibility of reading their colleagues’ works.
“Today, closed science models do no longer work, because they amplify inequalities between countries and researchers and because they only make scientific progress available to a minority.”


There was an urgent need to open up and democratise science, not just by liberalising access to publications, but by making the entire scientific process more accessible, more transparent and more participatory by sharing data, protocols, software and infrastructure, the UNESCO chief added.
Coherent vision
Concerning the drive towards international laws and standards, UNESCO’s 193 Member States have already mandated the organization to draft an international instrument, a recommendation on how to build a coherent vision of open science, with a shared set of overarching principles and values.
The first draft was completed last month and the text was now open for comments, with countries scheduled to adopt a final version by the end of 2021, Ms. Azoulay said.


“The global community urgently needs to ensure that open science does not replicate the failures of traditional closed science systems. It is these failures that have led to a high level of distrust in science, to the disconnect between science and society, and a widening of the science, technology and innovation gaps between and within countries.”
Scientific knowledge, a human right
Ms. Bachelet said sharing knowledge was a matter of human rights, noting the explicit reference to sharing scientific advances and benefits contained in the Universal Declaration of Human Rights.
“Covid-19 has brought this issue of open information into sharp focus. The suppression or denial of scientific evidence in some circles and reluctance to adapt evidence-based policies have magnified the devastating harms the pandemic has generated”, Ms. Bachelet said.


“The basic principle of public health is the need for full and honest engagement with the public. Use of force will not mitigate or end this pandemic, but the use of science and fully-informed public consent and compliance will.”
She applauded last week’s tie-up between WHO and Wikipedia to provide free access to information about COVID-19 and said the pandemic reinforced the importance of non-discriminatory access to the benefits of science such as COVID-19 treatments and vaccines, and states had a clear obligation under international human rights law to cooperate on ensuring access to a vaccine for all.
“When the benefits of science are managed as a purely commercial product reserved for the wealthy, everyone is harmed”, Ms. Bachelet said.


“Everyone’s right to share in scientific advances and benefits has been attacked in recent years, particularly in the context of climate change. In some circles the issue of whether climate even exists or is caused by human activity is treated as a matter of personal belief rather than rigorous science”, she added.
The deliberate introduction of doubt about clear factual evidence was catastrophic for the planet, Ms. Bachelet said. 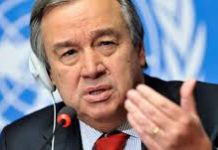 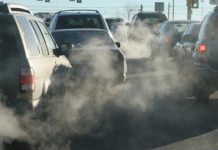