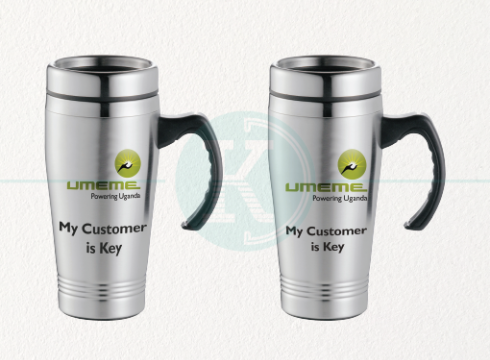 Economic hit-men UMEME is bleeding the economy while the regulatory agency –Electricity Regulatory Authority (ERA) who is supposed to regulate and oversee the sector are in bed with the hit-men.
For example Umeme charges customers for connection poles, cables and even transformers but lists them as its own assets and investments – for which the consumer tariff is then hiked to sustain the guaranteed Return on Investment (ROI) . That this unreasonably raises tariffs by approximately 18%.


The truth is that both the Electricity Act (1999) and the Lease and Assignment Agreement (LAA) between UEDCL and Umeme provide for ERA receiving investment plans and conducting joint verification of investments.
However Umeme long identified the weakness in the LAA; that all the three parties in the joint verification must agree. However, ERA is toothless, whenever Umeme doesn’t agree on the truthfulness of an alleged investment because that’s what the LAA says.
In the Saturday Monitor article of 8th September, 2017, ERA was quoted as claiming the cumulative total Umeme investments as $371 million. The Umeme 2016 annual report that is available on the company website says that as at end December, 2016, Umeme had invested $ 500m.

Who is fooling who?
ERA alleges that they conduct joint/tripartite investment verifications so, what brings the significant divergence between $ 371 and 500m? Should consumers entrust such an “investment verification committee”? Is it also your evidence that your joint verification has exclusive ability to establish that internally generated revenues are not part of the “investments?
Umeme against the provisions of the concession agreement, uses customer generated revenue to invest and earn a return on investment. ERA has lost the ability to monitor spending on investments when they impotently watched economic hit men suspend the INVESTMENTS ESCOW Account at Bank of Uganda.


The UMEME concession agreement gave ERA powers to determine the level of investment spending by being a signatory to the Bank of Uganda account. Today, the account has zero balances and that joint “verification” committee doesn’t know any movement of money to pay for investments.
I should also add that the illegality of that verification is rooted in the unconstitutionality of that practice. The effect of noncompliance with article 163(3)b of the Constitution of Uganda where all acquisition and disposal of public assets should be externally audited by the Auditor General has led to exaggerated investments and return on such investments and recovery in the tariff.


In fact, that weakness has led to double counting DOMC to reflect such procurements as replacement of transformers as “investment”. Only the Auditor General has the mandate to assure Ugandans of the status of public assets, not the inconclusive committee.
More issues surround new connections costs.
ERA claims that Umeme subsidizes for new connections, especially on no pole service. Surely, why should a new customer, lucky not to require a pole, be charged of any money? Why Umeme should be paid to inspect premises of new applicants when that should be part of their routine and Umeme receives a provision for those costs in the Operations and Maintenance.


ERA also says the actual cost of no-pole service is Ugx. 332,525. The question is; what is there to cost Umeme apart from the Yaka whose cost has been put at Ugx. 98,000/=.
More importantly, where was ERA when Actis and indeed Umeme sold more than51% of its shares against the provisions of the distribution license issued by yourself? (ERA) would it not be fair for ERA management to question her officials on how Actis damped future questions on to the Ugandan middle class who believed in your ability to regulate the sector?
You allowed Ugandan money on the stock exchange to be raised not for investment in the network but for purposes of an exit? Really? Welcome to the banana republic.


I am surprised that ERA that is empowered by Sections 11 and 17 of the Electricity Act to protect the consumer is the same institution defending the indefensible.
ERA, please explain to Ugandans under what provision for Ugandan electricity consumers were supposed to pay Umeme’s corporation tax according to the Umeme concession agreement signed in May 2004.


Is it your evidence that ERA amended the concession agreement in line with section 11 of the Electricity Act to provide for Ugandans taking on the Umeme tax obligations? Would I be right to state that if it’s finally established that the said section of the law was never followed, Ugandans would be entitled to a claw back off all tax revenues fed into the tariff for the last 11 of the 13 years when this illegality has applied?
Is it also an opinion of a competent authority in matters electricity like ERA that a 20% Return on Investment given to Umeme was not sufficient for the company to meet its own corporation tax obligations on top of other related efficiency gains.


We are also supposed to remind ourselves that; all energy losses are compensated for; UEDCL that operates in 53 districts of Uganda pays its share of corporation taxes and absorbs it like all other companies in Uganda.
Other utility companies like National Water and Sewerage Corporation, ESCOM, UETCL are good examples of other utility companies that pay corporation tax and never go back to put the burden on the already overburdened consumer. Why Umeme?
We need to write the correct history, not lopsided allegations on the historical energy loss profile. The last Auditor General’s report before Umeme took over was in 2004 and it put energy losses at 28%. I find no reason to doubt the opinion of the Auditor General.


In the Parliamentary Ad-hoc Committee hearing on Umeme, the 1st ERA Executive Director, Dr. Frank Ssebowa was express in showing that the false 38% that you now allege was a figure illegally agreed upon between Umeme and other officials (Especially from Privatization Unit) in Washington DC.
It’s also on record that at the time of releasing the Saleh Report in September, 2009, the magical 38% energy losses were still applying. Fortunately, a month later in October, 2009, Umeme possibly out of shame and pressure reported a reduction of losses to 28% and according ERA, in the tariff adjustment application of 2010 by Umeme used 28%.
Lastly on this point, UEDCL and any other utilities make losses too. Such losses are never fed back into the tariff like you who have illegally abdicated your statutory duty bestowed upon you by sections 11 and 17 of the electricity Act.


Energy losses or water losses in the case of water utilities are supposed to be reflected in the balance sheet such that computation of corporation tax can net such loses out.4. That the contract is therefore bad for Uganda because Umeme therefore has only a limited interest in lowering technical losses to zero since the consumer refunds this inefficiency in the tariff.
While I agree with you (ERA) on the incentive based economic regulation framework which you are applying with UMEME. However, I blame you totally and completely, not just Umeme on the inconsistence and failure to achieve a lower losses level.


READ: Uganda’s main problem is not Museveni, Besigye, but Umeme

As I write this, Parliament has just received the National Budget Framework Paper which has put FY 2017/18 ACTUAL losses at 18.5%. This shows a very slow path to loss reduction than was envisaged when Umeme got the concession almost 13 years ago.
To be continued ……..