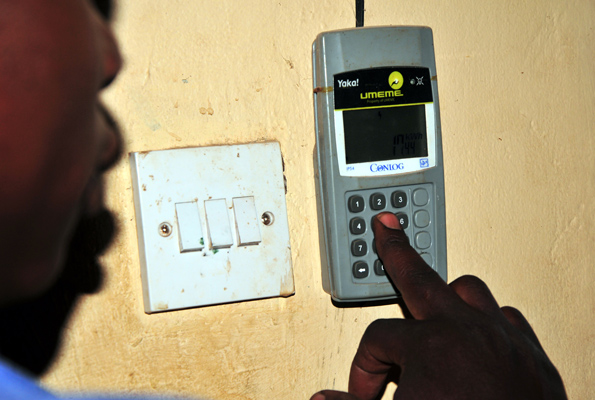 There has been talk that the pre-paid metering popularly known as Yaka, which Ugandans had hoped would address power electricity service issues in Uganda has turned into a bigger money making machine for Umeme.


Besides the cost of electricity which has more than quadrupled and general incompetence in the country’s power sector which have chronically hindered growth of the economy as reflected in the 2018 UBOS report, a recent report by the Uganda National Bureau of Standards (UNBS), reveals even bad news.

Between July and December 2017, UNBS says it verified 6,500 electricity meters. And about 6,000 failed verification and corrective measures were recommended.
The revelation was made by UNBS Executive Director, Dr. Ben Manyindo during a press conference to announce the Bureau’s half year performance.


Perhaps, it is this reason the yaka meters have not translated into good services and lower costs for the consumers. Instead, people are complaining of inflated bills and high and varied costs of paying the bills.
The prepaid metering was introduced to solve problems like estimated billing and to lower costs of running and distribution.


The benefits of the prepaid metering seemed obvious as less staff would be needed as well as less trips to read the meters, prepare and print bills, take bills to the consumer, go to disconnect if a bill not paid in time, go to reconnect if the customer pays the bill and disconnection fees, monitor the consumption.

“Without our intervention, 6,000 electricity meters would have been in the market giving wrong measurements to the detriment of the consumers,” Dr. Manyindo said.

READ: Uganda’s main problem is not Museveni, Besigye, but Umeme