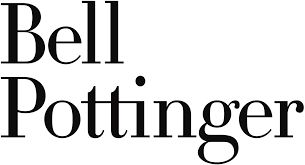 London-based public relations firm Bell Pottinger said on Thursday it had fired a partner in charge of a PR campaign in South Africa that the political opposition says had inflamed racial tensions.
Bell Pottinger also suspended another partner and two employees after receiving initial evidence from an investigation by an outside law firm into its work in South Africa, where it has been embroiled in a fierce race row over its work for the son of President Jacob Zuma’s son, Duduzane.
“We are deeply sorry that this happened,” Bell Pottinger chief executive James Henderson said in a statement, saying that elements of the campaign had been “inappropriate and insensitive”, especially in a country with such a troubled racial past.


“For it to be done in South Africa, a country which has become an international beacon of hope for its progress towards racial reconciliation, is a matter of profound regret,” he said.
The firm is also under investigation by Britain’s Public Relations and Communications Association (PRCA) after a complaint from South Africa’s main opposition party, the Democratic Alliance (DA).
The DA, the political home of many white South Africans, accused Bell Pottinger of working to “divide and conquer the South African public by exploiting racial tensions in a bid to keep Jacob Zuma and the ANC in power.”
The basis of its allegations were leaked emails that suggested Bell Pottinger worked with Duduzane Zuma to create a “narrative that grabs the attention of the grassroots population”.

Duduzane was working at the time for a company controlled by the Guptas, a family of wealthy Indian-born businessmen widely accused of exerting undue influence over the president, including the hiring and firing of cabinet ministers. They and Zuma have denied any wrongdoing.
According to an email published in South African media, Bell Pottinger said the campaign needed to stress the continued “existence of economic apartheid”.
The communications preceded a sustained campaign condemning enemies of President Zuma and leftist elements of the ruling African National Congress as agents of “white monopoly capital”.
The slogan, aired frequently on a Gupta-owned television station, quickly gained traction in a country where the white minority still wields disproportionate economic clout two decades after the end of apartheid.
Last week a group called Black First Land First staged a protest outside the Johannesburg home of Peter Bruce, a white newspaper columnist, during which another white journalist was roughed up.


Bell Pottinger’s Henderson said its management had been misled about its work for Oakbay, the holding company of the Guptas mining-to-media empire.
The PR firm dropped Oakbay as a client in April, saying it was the victim of a “politically driven smear campaign” after domestic media accused it of hijacking domestic politics by pushing the “white monopoly capital” slogan.


Africa’s most industrialised economy emerged from apartheid more than 20 years ago, but many South Africans are frustrated about the inequality that remains.
Black people make up about 80 percent of its 54 million people, yet most land and a large proportion of companies remain in the hands of whites, who account for 8 percent of the population.
Source: Reuters

PSG Academy in Rwanda to Start Operations Next Month