Home Business Uganda’s problems have persisted because our Universities are not playing their part-... 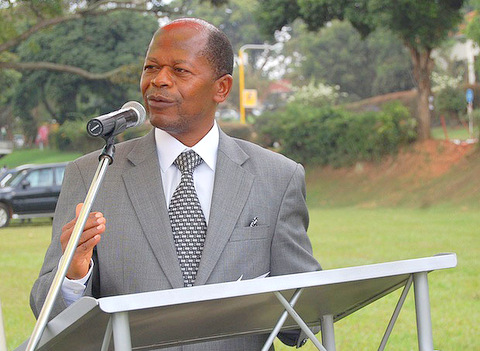 The State Minister for Higher Education Hon. Dr. John Chrysostom Muyingo has called upon Universities in the country to emulate the advancements of curriculum especially in the research department at Kampala International University [KIU].

According to the minister, the core value of a University is to be an actor in helping the state in problem solving by producing graduates of value.
“The Universities that we have are supposed to be addressing problems of Ugandans. Unfortunately, problems have persisted because Universities these days serve the interests of those who pay the money and forget their core role in the society,” said the minister.


Before the minister’s address in the conference, a debate on Dr. A. B. Kosozi’s and Professor John Mugisha’s presentations on the quality of education in higher levels of learning sparked different reactions on the way forward in shaping the future of learning from theory to practically solution seeking.
Dr. Ssengozi Bagenda from African Rural University in Uganda said the declining number of people holding PHDs is one of the major reasons the education system is not producing solution based graduates.


“if we had many of these people, they would document different findings that are rooted in solving problems in our community,” said Ssengozi.
He raised an opinion that Universities should collaborate in different fields to fasten the amount of people who get PHD qualifications.
Mr John B. Alege, the Dean for School of Public Health at Clarke International University backed up Dr. Ssengozi’s idea by calling for a collaborative approach amongst Universities in Uganda.


“Many of our Universities don’t have partnerships among ourselves. That is a major point of weakness we should work upon,” said Alege.
According to him, in order for a country to achieve an increased number of higher level scholars, partnerships in mentorship should be prioritised locally even before considering having partnerships with other Universities in the overseas.


In his remarks, the KIU Vice Chancellor, Dr. mouhamad Mpezamihigo said that however much having partnerships amongst Universities is a good idea, there is need for the National Council for Higher Education and the Ministry of Education and Sports to draft accommodative regulations that permit partnerships.


“I feel that in order for us to beat specific target of the number of quality PHDs, we need an enabling environment that allows collaboration of Universities in producing them,” said mpezamihigo.