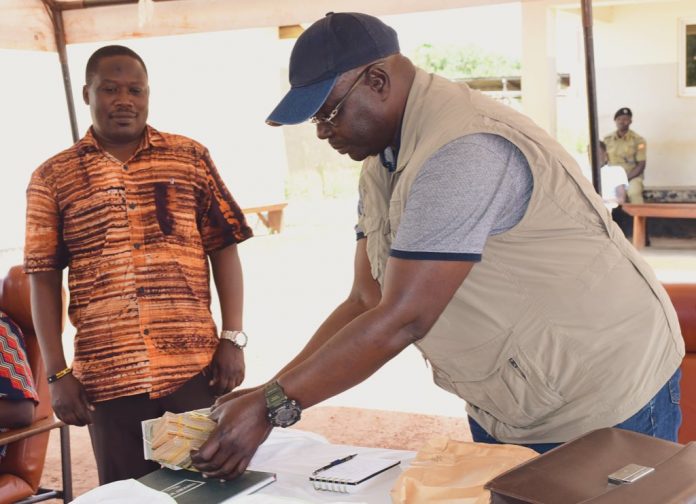 The Deputy Speaker, Jacob Oulanyah has called on youth to use facts and tolerance as tools of persuasion in the forthcoming general elections.

Oulanyah said to convince voters, young people needed to have incontrovertible facts and tolerate dissent to win over skeptics.

“Don’t be arrogant, be humble and you will draw more people to your cause; don’t be aggressive, abusive or insulting; instead deploy facts and debate calmly and politely because you are carrying the President’s message,” he said.

Since independence, said Oulanyah, Uganda has been having governance problems until 1986 when political competition became the only method of ascension to government, a fact he said should motivate the youth as they make a case for their preferred candidate.


“From 1986, we have had one president, no military coups and we have moved from bullets to ballots. Government used to be changed by bullets which is no longer possible today,” he said.
The meeting was attended by the Minister of State for Sports, Hon Hamson Obua, outgoing NRM Vice Chairman for Northern Uganda, Hon Sam Engola and Ms Milly Babalanda, who is President Museveni’s political assistant.

Oulanyah lauded President Museveni for expanding the road network and improving Uganda’s infrastructure which he said are key in attracting investment.

The Independent Electoral Commission has set 02 and 03 November 2020 as nomination dates for presidential candidates.
MPs will be nominated on 12 and 13 October which will set the stage for elections to be conducted under the strict Covid19 guidelines.