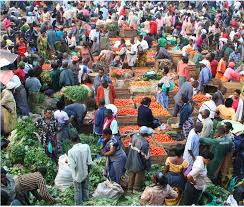 The World Bank predicts that Kenya’s economy will expand by 6.9% in 2021, the fastest growth rate in Africa, and a more ambitious prediction than the government’s estimate of 6.4% economic growth in 2021. Continued support from the international lender in terms of public health interventions and support to the private sector are likely to spur strong economic growth in the country.


Kenya, like most other sub-Saharan countries, has been hard hit by the covid19 pandemic. The World Bank estimates that Kenya’s GDP contracted by 1% in the past year. Nonetheless, the bank expects economic activity to rise in the current year driven by World Bank’s support to businesses and the poor and vulnerable.
According to the World Bank other East Africa nations such as Rwanda, Tanzania, and Uganda, will expand by 5.7%, 5.5%, and 2.8% respectively in 2021. Major economies like Nigeria and South Africa are set to grow by 1.1% and 3.3% respectively in the period under review.
The US-based lender observes: Oil exporters in the region grappled with sharply lower prices (Angola, Equatorial Guinea, Republic of Congo, South Sudan), while those with large travel and tourism sectors endured near-complete shutdowns of visitor activity (Cabo Verde, Ethiopia, Mauritius, Seychelles).

Contractions in agricultural commodity exporters were less steep (Benin, Côte d’Ivoire, Malawi, Uganda).
In Nigeria and South Africa, output fell sharply last year. Nigeria’s economy is estimated to have contracted 4.1% in 2020, as the effects of the pandemic impacted economic activity in all sectors.
In South Africa, where economic activity was on weak footing before COVID-19, output is estimated to have fallen 7.8% last year. The country suffered the most severe outbreak of the pandemic in the region and underwent strict lockdowns that brought the economy to a standstill.


The rebound is expected to be slightly stronger—although below historical averages—among agricultural commodity exporters. Higher international prices for agricultural commodities are expected to buoy activity. The recovery is forecast to be more anemic among industrial commodity exporters. Although metal prices recovered somewhat in the second half of last year, oil prices remain well below 2019 levels, weighing on oil exporters (Angola, Chad, Equatorial Guinea, Gabon, Ghana, Republic of Congo)


World Bank Group President David Malpass says that even with the positive outlook, most economies face formidable challenges including debt management, public health challenges, and other structural reforms as they move toward economic recovery in 2021.