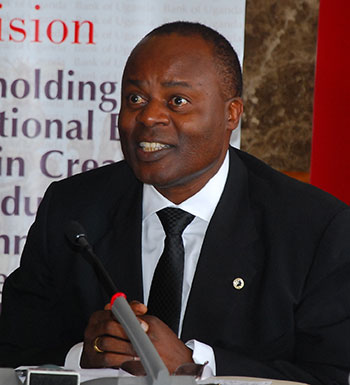 The 2016/17 financial year was undoubtedly difficult, with real GDP growth being lower than potential not least because of the severe drought that afflicted Uganda in 2016.
However, as the Governor noted in the October 2017 Monetary Policy Statement, the quarterly GDP data for the first half of 2017 and other high frequency economic indicators point to an acceleration of real economic growth in 2017 and we are now reasonably confident that we can achieve real GDP growth of at least five percent in the current fiscal year.


The current year is probably best characterised as a period of financial consolidation for the banking industry. At the end of 2016, one of the largest banks in Uganda – Crane Bank – had been taken into the statutory management of the BoU and the banking industry as a whole was struggling with high levels of non-performing loans and low profitability.
We were able to resolve Crane Bank successfully, without any loss to its depositors, and without any contagion to the rest of the banking system. Public confidence in the safety of depositors’ funds has been maintained. I believe that this is testimony to both the underlying financial strength of the Ugandan banking industry and the efficacy of our bank resolution framework.

Second, the BoU has successfully utilised purchase of assets and assumption of liabilities transactions to minimise the disruption to the depositors and other customers of failed banks.
Over the course of the first nine months of 2017, the financial soundness indicators of the banking system have improved. The non-performing loan to total loan ratio has fallen from 10.5 percent in December 2016 to 7.2 percent in September 2017; and in absolute terms, NPLs fell by 32 percent.
Over the same period, the total capital adequacy ratio of the banking system increased from 19.8 percent to 23.8 percent of its risk weighted assets. Strong capital buffers are of particular importance in bolstering the resilience of banks to adverse shocks.


As I noted earlier, 2017 has been a year of consolidation, especially in regard to bank lending, with gross loans and advances increasing by a mere 1.8 percent in the year to September 2017. I hope that the downward trend in NPLs and the reduction in the policy interest rate will encourage banks to ease their lending policies and thereby enable an acceleration of credit growth in 2018.
A crucial problem which needs to be addressed if banks are to strengthen loan quality is that of the valuation of property. In a recent survey on real estate lending by BoU, the majority of commercial banks reported concerns about valuation standards and some indicated that they have faced challenges realizing the value for collateral because of inflated valuation reports.


A key gap appears to be the lack of a uniform industry standard. I think that it would be useful for the UBA to work with stakeholders to develop common guidelines and standards in this area.
Looking ahead; I am confident that the banking industry in Uganda can innovate to reduce the cost of financial services, broaden the range of services available to customers and widen access to financial services, in particular through the adoption of digital financial services.
Since 2009 we have witnessed the exponential growth of mobile money transactions, which is radically transforming the way in which payments and money transfers are made in Uganda.


For instance, in the year to June 2017; there were over one billion transactions worth over Shs. 52 trillion (about half of Uganda’s nominal GDP) on the mobile money platforms. The challenge now is to bring about a similar transformation in the way in which other types of financial services, such as savings and credit products, can be delivered to customers and at lower costs. 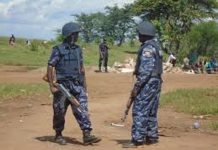 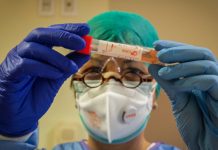 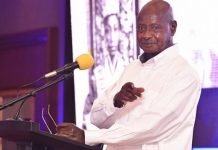