Home Technology Ugandan shortlisted among the10 nominees for Innovation Prize for Africa 2017, set... 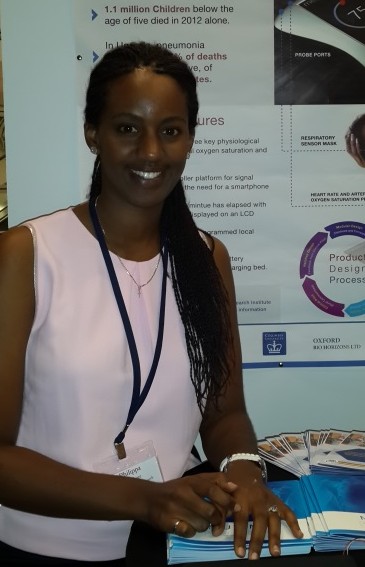 Ugandan Philippa Ngaju Makobore, who invented the Electronically Controlled Gravity Feed Infusion Set (ECGF), medical device designed to accurately administer intravenous (IV) fluids and drugs by controlling the rate of fluid flow based on feedback from a drop sensor has been shortlisted among the ten nominees for innovation prize for Africa 2017.

Organized by the African Innovation Foundation (AIF) the top 10 nominees will be contending for the 2017 Innovation Prize for Africa (IPA) to be awarded in Accra, Ghana on 18th July 2017. IPA 2017 edition witnessed a record number of entries from over 2 530 innovators across 48 African countries.

The ECGF is medical device designed to accurately administer intravenous (IV) fluids and drugs by controlling the rate of fluid flow based on feedback from a drop sensor.
Over 10% of children admitted to East African hospitals need immediate infusion therapy. Findings from the FEAST trial indicates that over-infusion in children increased the absolute risk of death by 3.3 % at 48 hours. Erroneous delivery rates can result into serious adverse effects.


The ECGF solves this problem as it is very easy to operate and has key safety features which include alarms for rate of infusion (rapid or slow), total volume (over or under) and faulty sensors.


A battery utilizing a hybrid (AC mains and solar) charging bed powers the device. The ECGF has the potential to save lives by providing accuracy and safety at 8% the cost of a brand-new infusion pump.
The other Innovators competing for prestigious Prize come from nine African countries including Democratic Republic of Congo, Egypt, Kenya, Liberia, Morocco, Nigeria, South Africa and Zimbabwe.


This year’s cream of the crop underwent a rigorous selection process by a renowned panel of judges including corporates, academia, technology and scientific experts representing top African innovation influencers.


Now celebrating its sixth year under the theme “African Innovation: Investing in Prosperity”, IPA is the premier innovation initiative in the African continent, offering a grand share-prize of US$185 000 and incentives to spur growth and prosperity in Africa through home-grown solutions.

Three winners will be selected and announced during the Awards ceremony slated for 18 July 2017 at the Mövenpick Ambassador Hotel, Accra.