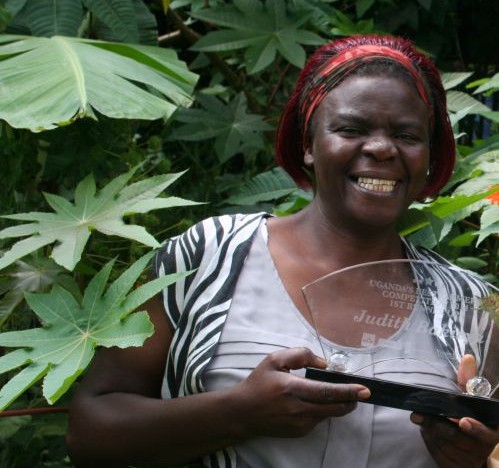 
This year’s list boasts of an extensive bouquet of names from diverse jobs, backgrounds and countries. While some of them are old names that have been around and appreciated, some brand new and young names have also been included in the list.
From climate change activist Greta Thunberg, to trans woman Nisha Ayub who was put into a male prison aged 21, many on the list are driving change on behalf of women everywhere. They give us their vision of what life could look like in 2030.

Others, such as the “ghost” politician defying the mafia, and the footballer battling misogyny, are using their extraordinary personal experiences to blaze a path for those who follow.

Judith Bakirya
Raised on a farm in Uganda, Judith Bakirya became the first of her peers to win a scholarship to a prestigious girls’ boarding school, going on to obtain a masters in the UK and a job in the City.
But unsatisfied in her work, she quit, using her savings to fly home and found an organic fruit farm, Busaino Fruits & Herbs.


From her personal savings, she got a small loan from the village Savings and Loans Association, and started Busaino Fruits & Trees.”
Busaino Fruits & Trees (BUFRUIT) is a family-run agro-heritage fruit farm located on 1064 acres in Eastern Uganda. Today the farm has an annual turnover of $90,000 from the sale of herbs, fresh fruits, and seedlings in addition to agro-tourism and education.


BUFRUIT applies environmentally friendly principles on the farm and works with local schools to introduce the same concepts to students. Realizing that it takes a village to succeed in business in rural Uganda, Bakirya collaborates with smallholder farmers in the surrounding areas to improve their methods of farming and organized them into a savings and credit association to access financing.


“My father, a chief during his times, told all of us that our inheritance was education. I did well at school and qualified for a scholarship to a prestigious girls’ secondary school called Mt St Mary’s College Namagunga, something no other primary student in the school had achieved. I also qualified for university on a government scholarship. These opportunities opened many doors because I started interacting with girls who went on to become influential ministers, members of Parliament, doctors and so on. Indeed, my education has truly been a gift.”


Since winning a national agriculture award, she has used the platform to draw attention to women’s rights issues, including lack of land ownership, lack of access to education and domestic violence.
Working with women smallholder garden owners in innovative ways, honouring indigenous knowledge and developing biodiverse agroecosystems, promotes sustainable food production and nutrition