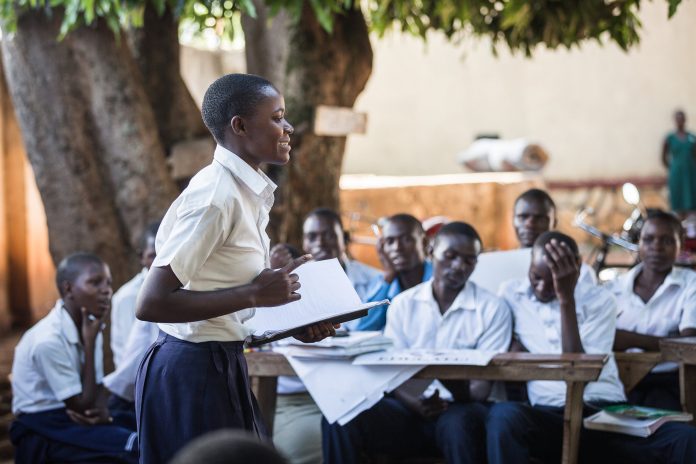 Parliament has given Government clearance to borrow 65.6 million special drawing rights valued at approximately US $90 million that will finance the Uganda Secondary School Education Expansion Project (USSEEP).
The project development objective is to enhance access to lower secondary education by focusing on underserved populations in targeted areas, who include communities hosting refugees, girls and people with limited access to public lower secondary schools.
a

The loan that will be provided by the International Development Association of the World Bank Group
While presenting a report of the Committee on National Economy as regards the loan, Committee Chairperson Hon. Ikojo John Bosco told the House that the loan is concessional in nature with a significant grant element.
“This project is economically viable given the merits that will accrue from enhanced access to lower secondary education…as well as the improvement in the education system,” said Ikojo.
Kiboga East County MP, Hon. Keefa Kiwanuka, said his major concern is on Government’s preparedness to implement the project because the loan has a commitment fee where money set aside, if not used, raises the commitment fee. He sought Government assurance to Parliament that they are prepared to start on the project.
Finance Minister Hon. Matia Kasaija informed Parliament that of the US $90 million loan, there is a grant of US $60 million. He said that if the loan were not taken up, then it would be withdrawn along with the grant.
a

In the Committee’s report, it was observed that in the recent past, the tax-to-GDP ratio stagnated at 12 per cent while the ratio of public debt to GDP increased to 35.6 per cent. The Committee recommended that Government revises tax exemptions and tax holidays as well as other means of enhancing domestic revenue mobilization.
The Committee also recommended that Government continues reviewing operations with a view of eliminating wasteful or inefficient expenditure, so as to reduce spending pressures.
In addition, the Committee observed that most of the designs for school projects are implemented without the involvement of Local Governments during the planning level, which caused designs to be defective.
a

The report by the Committee on National Economy follows a directive by the Speaker of Parliament made on 01 September 2021, to study the loan request and report back to the House on its viability.
The loan is expected to fill the gap of 116 schools and absorb the growing number of school going children in Uganda, and thus achieve the national goal of universal secondary education by 2025.