The Uganda shilling weakened and breached the key resistance level and traded above the 3,600, driven by the surge in demand from importers and interbank. Trading was in the range of 3,620/3,630.
In interbank money market, overnight funds traded at seven percent while one-week funds traded at eight percent.
In the fixed income market, treasury bills yields continued on the downward trajectory and came out at 9.039%, 9.241% and 9.543% for 91, 182 and 364 days. The offer of 130 billion, lower than usual, was downsized due to liquidity considerations.


read: Why Uganda is failing where Rwanda is shining

Shilling forecast indicate underlying depreciation pressures mainly from importers positioning for end of year imports. The demand is likely to continue playing out even as corporates stay out on account of mid-month tax payments. 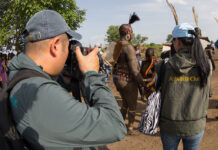