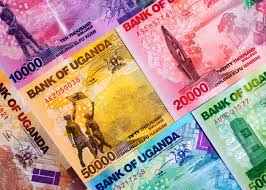 The Uganda shilling held steady as demand remained at a low ebb against sizable flows targeting the bond market.
Trading was in the range 3665/3675. In the Interbank money market, overnight funds traded at 7% while one week traded at 10%.


In the fixed income market, a three year with 125 billion on offer and 10 year with 140 billion were offered.
Yields inched down to 15.15% and 15.75% respectively. Both tenors were oversubscribed.
In the regional markets, the Kenya shilling was stable, expected to strengthen on account of strong remittances. Trading was in the range of 100.20/40.

In the global markets, the US dollar gained underpinned by higher US bond yields early in the week.
The gains were however short lived following the release of disappointing US economic data which affirmed expectations that the Federal Reserve will hold interest rates steady.


Forecast for the currency indicate that the shilling will likely remain within the current range, in light trade as impact of end month conversions come into play.