Home Politics Uganda responds to Rwanda’s claims: ‘‘we expect all visitors including Rwandans to... 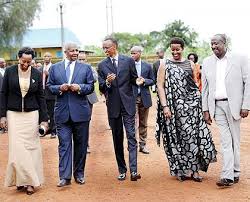 Foreign Affairs Minister Sam Kuteesa has refuted claims by her ‘brotherly’ neighbor Rwanda that Uganda among others hosts Rwanda’s armed adversaries, restricts movement of Rwandan goods on its territory and torments her nationals.


Hon. Kutesa in a statement issued on Tuesday afternoon, described the accusations as false and that Rwanda knows this very well as it has been “a matter of confidential communication at the highest level of the two countries.” “Uganda does not and cannot allow anyone to operate from its territory that threatens a neighbour as alleged.
‘ ‘This is a principle position. We are fully aware that our own development and transformation cannot take place without peace and security in the region. It is for this reason that Uganda has continued to champion closer collaboration and coordination within regional frameworks like EAC, ICGLR, IGAD and even at the continental level,” Mr Kutesa said in a statement.

Kuteesa also said that, Uganda expects that all visitors to the country including Rwandans remain law abiding because those who act contrary to the law, are dealt with in accordance with the law. Therefore anyone including Rwandan visiting Uganda have nothing to fear if they are law abiding.
According to the minister, for a country that has been a target of terrorist attacks with the assassinations of Muslem clerics and high profiled government officials and politicians like State Attorney Joan Kigezi and Arua Municipality MP Ibrahim Abiriga and others, Uganda remains vigilant.


“In this regard, the government of Uganda remains committed to protecting the security of its citizens and its borders and will act accordingly against local or foreign threats,” he said.
On the current border impasse, Mr Kutesa said Uganda has been a vocal advocate for regional integration and building closer connectivity in trade between the east African country and its neighbours including Rwanda.


“It is therefore unfortunate that the movement of goods and people across our common border with Rwanda, has been restricted. This harms our economies and social interaction and also threatens our intergration efforts under the East African Community, which we have all worked hard to build. Uganda is committed to addressing any trade related issues, because we are convinced that doing so strengthens our regional integration and also helps us integrate faster into the global economy,” he said.
According to him, Rwanda is a brotherly country and Uganda remains ready to address any issues in order to strengthen bilateral relations and cooperation between the two East African countries. 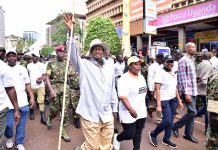 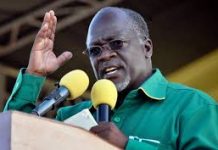