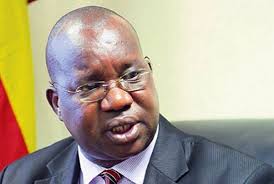 Uganda’s ethics and integrity minister has announced plans to re-introduce the controversial anti-gay law which was nullified by the Constitutional Court in 2014.


Simon Lokodo told news agency Reuters that when the new bill becomes law offenders will be sentenced to death:
“Our current penal law is limited. It only criminalises the act. We want it made clear that anyone who is even involved in promotion and recruitment has to be criminalised. Those that do grave acts will be given the death sentence.”

He added that “homosexuality is not natural to Ugandans” and there had been a “massive recruitment by gay people” in schools and that they were promoting a “falsehood that people are born like that”.
In February 2014 President Yoweri Museveni signed into law a bill – that was known as the “Kill the Gays” bill – to toughen penalties against gay people.


The Constitutional Court later overturned the law in August of that year ruling that MPs had passed the bill without the requisite quorum and it was therefore illegal.
Mr Lokodo said the new bill, which will be introduced in parliament in the coming weeks, has the backing of President Museveni and MPs.
He told local NTV station he was confident he would get the necessary two-thirds support from his colleagues in parliament:


“We have been talking to the MPs and we have mobilised them in big numbers… many are supportive.”
Five years ago several Western countries, including the US, imposed visa restrictions, suspended aid and cancelled military exercises.
Mr Lokodo said Uganda was prepared for any negative response to his current campaign.
“We don’t like blackmailing,” he said.


“Much as we know that this is going to irritate our supporters in budget and governance, we can’t just bend our heads and bow before people who want to impose a culture which is foreign to us.”
In current laws – which date back to British colonial rule – gay sex is punishable with up to life imprisonment and activists say the new bill risked unleashing attacks against gay people.