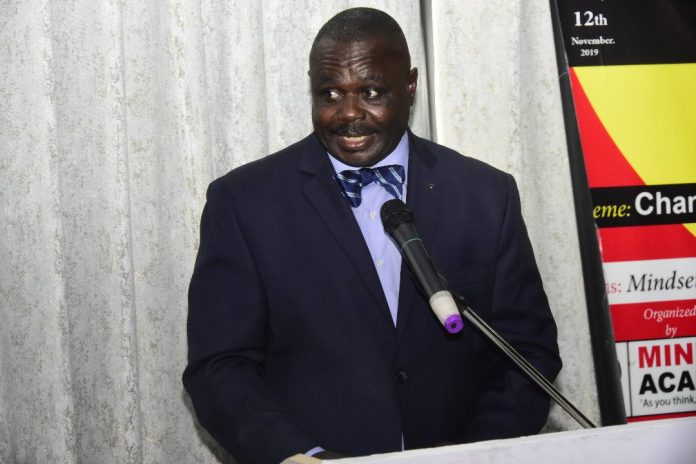 Ugandans should embrace mind-set change to improve the welfare development on the African continent through inculcating a positive growth mind-set at a young age.


According to the Deputy Speaker of Parliament, Jacob Oulanyah, the new generations are the best vessels to carry forward a new ray of change for the country, if their mind-set is groomed by their elders to influence positive development.
“The mind-set is not fixed and can always change. The communists have a saying that a child, when born, is like a plain paper and the first category to write on this paper are the parents with the second being society,” said Oulanyah.

He also observed that parents, teachers and elders in society had a big role to play at present time, in grooming the minds of the youth to become the kind of leaders a country deserves for development.
The Deputy Speaker made the remarks at the launch of the National Mindset Change Transformation Initiative in Kampala on Tuesday, 12 November 2019.
The initiative, themed, “Changing Mindset, Changing Lives, Changing Societies” is a brainchild of the Mindset Academy.


He told the meeting that mind-set change was hinged on thoughts and destiny, which are influenced by attitudes, words, actions, habits and characters of individuals.
He also expressed concerns over the surging negative influences by some media agencies.
Vision 2040
“The airwaves these days preach two things; hatred and dependency in that Ugandans have been made to think that everything has to be provided to them, even the small things. This is where the message of mind-set change needs to start from,” Oulanyah added.


The Prime Minister of Uganda, Dr Ruhakana Rugunda, who launched the National Mindset Change Transformation Initiative said that initiative to improve mind-set change was a major issue that needed thorough examination for a better impact.


Alex Ahimbisibwe, the Director of the Mindset Academy told the meeting that its object was to change the mind-sets of Ugandans in a bid to achieve Uganda’s Vision 2040 and beyond.