Home Lifestyle Uganda is formidable in the great lakes region because of Museveni’s vision... 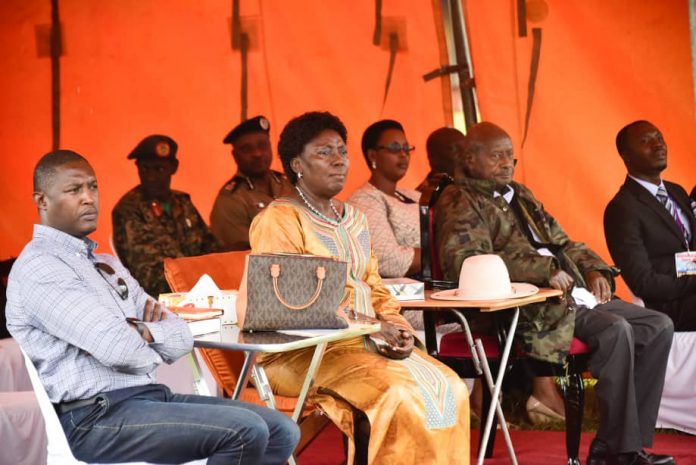 President Yoweri Museveni has said government adopted the principle of non-interference with religious freedoms, provided they are practiced within the laws.
Museveni was welcomed by Speaker Rebecca Kadaga in Jinja, where he led anniversary celebrations for the World Mekaddishken Ministries, which brings together a number of Pentecostal Churches.


It is led by Pastor Tom Ngobi.
“When we came from the bush, there were those who were saying new Churches [Pentecostal Churches] were spreading lies and should be closed; but for me I don’t interfere with God’s work,” said Museveni.
“Everyone should worship the way they want as long as they don’t break the law,” he added.

Speaker Kadaga said the Church’s leaders have long been making efforts to interact with Museveni, saying they needed his support towards their Sacco and entrepreneurial activities.
“The leaders here, many of them youthful, were looking forward to seeing you; to see if their activities can receive your endorsement and support,” said Kadaga.


Museveni made a contribution of Shs100m to the Church, with Shs20m set aside to support the Church’s Sacco.
Pastor Tom Ngobi thanked Museveni for the reign of peace and order
“We want to appreciate your good leadership for the freedom of worship; when people said born again Churches should not be there, you stood and said let everyone worship God the way they want,” he said.


“Continue the work on electricity, infrastructure, education and security; Uganda is now formidable in terms of security in the great lakes region due to your vision and leadership,” said Ngobi.