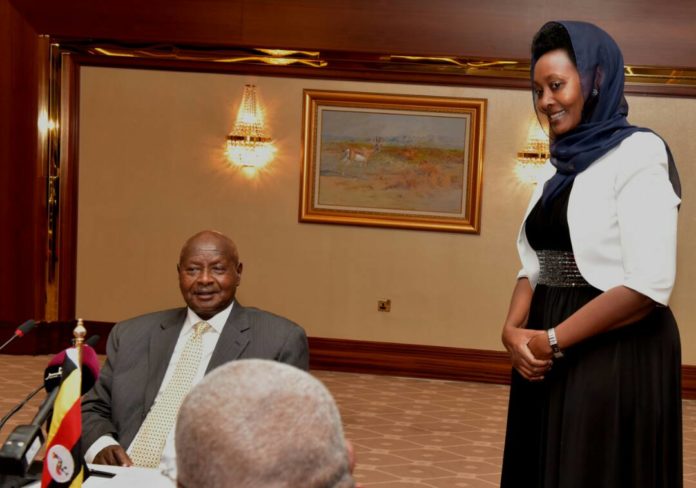 
This prompted the board members led by their chairman, Emely Kugonza, to break into. Ms Kaguhangire’s office
During a press briefing inside Ms Kaguhangire’s office, Mr Kugonza said the interim executive director, Basil Ajer, had started work to ensure smooth operations.
“I reiterate our commitment to support Mr Basil Ajer, the board appointed him as acting executive director for three months,” he said.

Mr Kugonza asked staff members to fast-track the on-going investment projects.
“The interdicted ED called me last night and we had a lengthy discussion. She accepted to handover at 3 pm which condition we accepted,” Mr Kugonza said. “I communicated to all board members but when we got here, she did not show up. I had already informed the Minister of Finance about what was going to happen.”

read: Uganda Investment Authority boss Kaguhangire swears not go on forced leave; says board members have personal issues with her