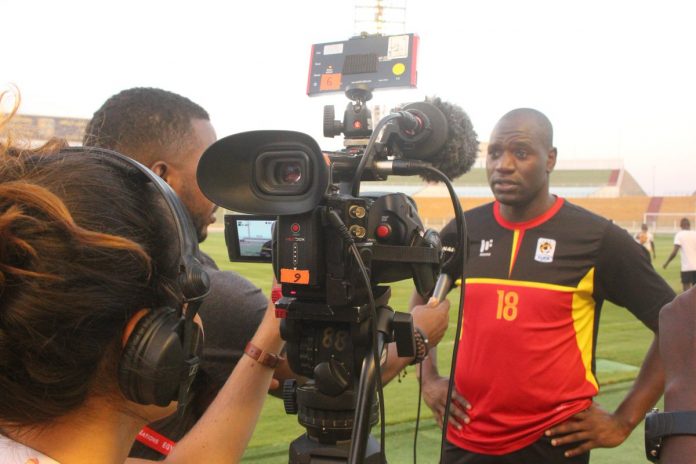 Uganda Cranes held their last training on Thursday at Cairo International Stadium for match with Senegal’s The Lions of Teranga due today at 10:00 PM
The Uganda Cranes captain Denis Onyango told the pre-match conference that the Uganda Cranes is ready for the tie
“Uganda Cranes is not afraid of anyone. We shall enjoy the moment and take on Senegal. The most important thing is the game ahead of us. What happened before, we call it past. We have re-opened the engine once again,” Onyango said.


Senegal may top the African rankings, 58 places above Uganda, but Coach of Senegal’s team Aliou Cisse has warned his star-stacked side against over-confidence.
“No one should take the Ugandan team for granted and I will tell my players that because facing them is not an easy task. We need to make sure we prepare well to face Uganda because they have showed since the tournament started that they are here for a serious mission,” Cisse said.

Star forward Sadio Mane echoed his coach, saying: “We saw the kind of football they played against Egypt and they are a very good side. We must be at our best against Uganda,”
Uganda had Egypt on the rack for more than half an hour before Salah scored and were equally impressive in the second half without being able to convert chances into goals.


“We have reached the second round, which was the minimum target set for us by the national federation, and anything can happen in knockout matches,” said coach Sebastien Desabre.
Uganda last reached the knockout stage of AFCON 41 years ago, at Ghana 1978.