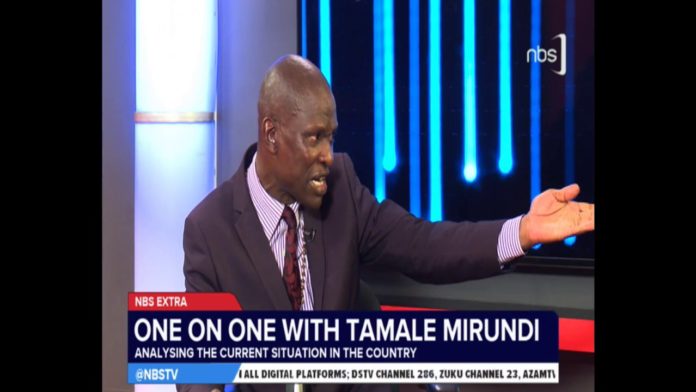 The Uganda Communications Commission (UCC) has threatened to close down NBS tv over what, the regulator called breach of minimum broadcasting requirements.
In a letter dated 11th May 2017, under the heading: Notice of Suspension of Television Broadcasting License and signed by UCC executive Director, Godfrey Mutabazi wrote:
‘‘reference is made to a Television program entitled ‘‘NBS Extra: One on One with Tamale Mirundi on NBS Television on Tuesday 9th May 2017 at 9:00 a: m. NBS tv shall recall that on 30th November 2015, 5th October 2016 and on 14th March 2017, the Commission cautioned and fined NBS for a similar breach of minum broadcasting standards.’’


He continued: The UCC is appealed, concerned and takes strong exception to the conduct and language used by the guest hosted, Mr. Tamale Mirundi during the said NBS Extra Program of Tuesday 9th May 2017.

The Senior presidential advisor on the media, Mr. Tamale Mirundi who prefers to be called an ‘intellectual’ lost it on all Tuesday morning when he attacked the NBS tv presenter- Simon Muyanga Lutaaya live on air. In the short video which is circulating on social media, Tamale Mirundi is seen standing up, smiles a bit, gets closer to Muyanga Lutaaya. He then holds him by the collar saying: ‘‘ You’re a fool. You’re a fool’’ Mirundi kept telling the host.


Quoting the same video, Mutabzi says: A review of the content of the subject broadcast by the Commission reveals that the actions and words used by Tamale Mirundi during the above mentioned programme were contrary to public morality and aimed at promoting a culture of violence or ethical prejudice which directly contrary to the minimum Broadcasting Standards as spelt out in section 31 schedule 4 of the act.
Mutabazi in the letter also copied to the Minister for Information Communication Technology and National Guidance, Minster of Ethics and National Association Broadcasters, Mutabazi noted: In light of this serious and repeated breach and in accordance with section 41 of the UCC Act 2013, the commission hereby issues to NBS Television a written notice of 60 days of suspension of Television broadcasting licence.


The UCC boss warned that if the commission does not receive any representations to this notice of suspension of licence with the period, Mutabazi says the commission shall proceed to suspend the TV broadcasting licence of NBS tv without further notice.
The NBS also been warned to immediately desist from broadcasting any programs that are in breach of the minimum broadcasting standards enshrined in the act. 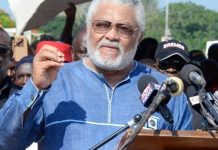