The U.S. trade deficit narrowed to $40.8 billion in September, falling to its lowest level in 7 months, from $48 billion recorded in August.  Exports rose by 1.6 percent (m/m), boosted by higher consumer and capital goods sales.  Imports decreased by 1.8 percent, led by a reduction to an 11 year low in outlays on petroleum products that resulted from lower prices and higher domestic production.  Separately, the Federal Reserve Chair Janet Yellen testified to the U.S. Congress that the economy is performing well and an adjustment to policy interest rates in December may be warranted.

The Euro Area Services Purchasing Managers’ Index (Markit) rose to 54.1 in October, compared with 53.7 in September.  The index for the largest economies continues to signal expansion, with readings of 54.5 in Germany, 52.7 in France, 53.4 in Italy, and 55.9 in Spain.

The Japan Services Purchasing Managers’ Index (Markit) rose to 52.2 in October, compared with 51.4 in September, ahead of expectations.  Output growth and new orders have picked-up.  Still, firms in the sector have cut back on their staffing, leading to pressure on capacity.

European stocks continued to rally on Wednesday, while the euro fell against the dollar after the European Central Bank President Mario Draghi reiterated the central bank’s willingness to expand quantitative easing. The single currency extended losses, sliding to its lowest level since early-August versus the greenback, after Federal Reserve Chair Janet Yellen said that an interest-rate hike in December is a “live possibility” if economic data hold up.  The Stoxx Europe 600 stock index advanced 1 percent, climbing 13 percent since a September 29 low. The euro slid 1 percent to $1.0858.

Poland’s central bank kept its benchmark interest rate unchanged at a record low for a seventh meeting, as expected by many economists.  The Monetary Policy Council decided to maintain the key reference rate at 1.5 percent on Wednesday.  The central bank last lowered the rate by 50 basis points in March.  Election-winning party is seeking new rate setters who support monetary policy to spur the economy growth.

Sub-Saharan Africa: Dropping to a survey record low for the second consecutive month, the Cfc Stanbic Kenya PMI fell to 51.7 in October from 51.9 in September.  The latest reading pointed to a further loss of momentum in the Kenyan private sector, and signaled only a modest improvement in business conditions.  Expansion rates in output and employment were marginal, while the rate of growth in new orders accelerated, underpinned by another solid increase in export work.

East Asia and Pacific: The Thai central bank maintained its policy interest rate at 1.50 percent, as widely expected by economists on Wednesday.  The current rate is the lowest since June 2010, when it was 1.25 percent.  Policymakers noted the appropriateness of the current monetary stance as monetary conditions and the exchange rate remain supportive of the economic recovery, despite the economy continuing to face downside risks.

South Asia: Signaling strong private sector expansion, the Nikkei Composite Output Index for India rose to 52.6 in October from 51.5 in September.  The robust growth was driven by the growth in service sector, while expansion of manufacturing production was weak.  The Services Business Activity Index climbed to an eight-month high of 53.2 in October from 51.3 in September, and the manufacturing PMI came in at a 22-month low of 50.7 in October, following September’s reading of 51.2. 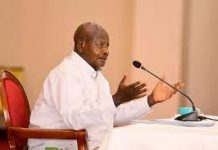 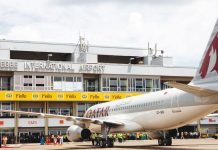 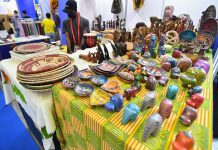 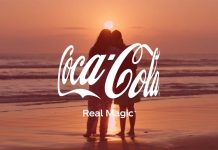