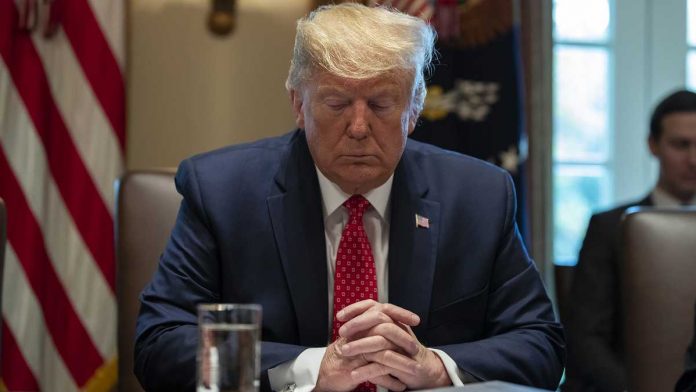 US President Donald Trump has said former US vice-president and rival I 2020 presidential elections Joe Biden is “against God”
In provocative remarks during a trip to Ohio, a key election battleground, the US president said Biden was “following the radical left agenda”.


The remarks came as Mr Trump tries to make up ground in the crucial Midwestern states that were his path to victory in 2016.
Mr Trump, who identifies himself as Presbyterian, said of Mr Biden earlier in the day in Cleveland, Ohio: “He’s following the radical left agenda.
“Take away your guns, destroy your Second Amendment. No religion, no anything, hurt the Bible, hurt God.
“He’s against God, he’s against guns, he’s against energy, our kind of energy.”

Mr Biden, an avowed Catholic, will take on Mr Trump in November. Opinion polls suggest the Democrat currently leads.
“For President Trump to attack my faith is shameful. It’s beneath the office he holds and it’s beneath the dignity the American people so rightly expect and deserve from their leaders.” Biden said.


The former US vice-president campaign spokesman Andrew Bates said in a statement on Thursday: “Joe Biden’s faith is at the core of who he is; he’s lived it with dignity his entire life, and it’s been a source of strength and comfort in times of extreme hardship.”