Home Politics Twitter shuts down over 400 ‘fake’ accounts engaged in propaganda for president... 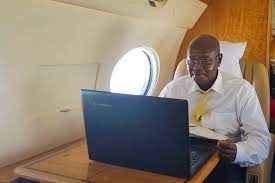 Twitter on Thursday said it had shut down nearly 3,500 accounts that were posting pro-government propaganda in six countries.

The account sets include eight distinct operations the social media app attributes to six countries – Mexico, the People’s Republic of China (PRC), Russia, Tanzania, Uganda, and Venezuela, respectively.
Every account and piece of content associated with these operations has been permanently removed from the service- twitter said in a statement.


In Africa, 268 accounts were shut down for targeting civil rights group FichuaTanzania, along with 418 that “engaged in coordinated inauthentic activity” in Uganda to promote President Yoweri Museveni. “In most instances, accounts were suspended for various violations of our platform manipulation and spam policies,” Twitter said. Like other social media giants, Twitter has faced criticism over failures to tackle misinformation on its platform as well as racist, sexist and homophobic posts, among other forms of hate speech.

In addition, we have shared relevant data from this disclosure with three leading research partners: the Australian Strategic Policy Institute (ASPI), Cazadores de Fake News, and the Stanford Internet Observatory (SIO). In most instances, accounts were suspended for various violations of our platform manipulation and spam policies. See more via our Transparency Center.


‘ ‘We believe we have a responsibility to protect the integrity of the public conversation and to offer meaningful transparency into our findings. Disclosing these datasets remains core to that mission. We continue to assess our principles and approach to these critical disclosures, and have learned a number of lessons along the way. ‘’