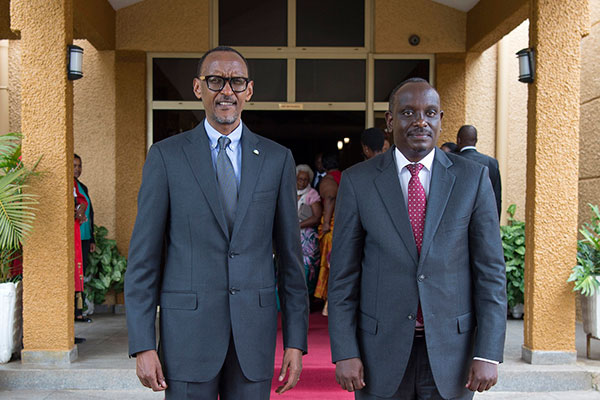 Rwanda’s advisory that warns its citizens against travelling to Uganda still stands, the Minister for Foreign Affairs and International Cooperation has said.


The clarification came after Rwanda announced on Sunday temporary re-opening of Gatuna border for heavy trucks.
Gatuna border with Uganda has re-opened on Monday for heavy trucks in order to test facilities at the border following the construction of a one-stop border post, but Rwandans should continue to heed the travel advisory for their own safety.


However, in interview with New Times, Richard Sezibera warned Rwandans that “The travel advisory has not changed. The travel advisory says that ‘you are strongly advised not to travel to Uganda’. That hasn’t changed,”
March this year, the Government advised Rwandans not to go to Uganda because their security was not guaranteed in that country.

Meanwhile President Kagame on Monday paid a visit to his Gabonese counterpart President Ali Bongo Ondimba, with whom they held discussions at Palais de la Renovation in the capital Libreville.
On conflicts on the continent, Kagame emphasised the need for Africa to work together and cooperate, highlighting that there was no other way to deal with existing problems.