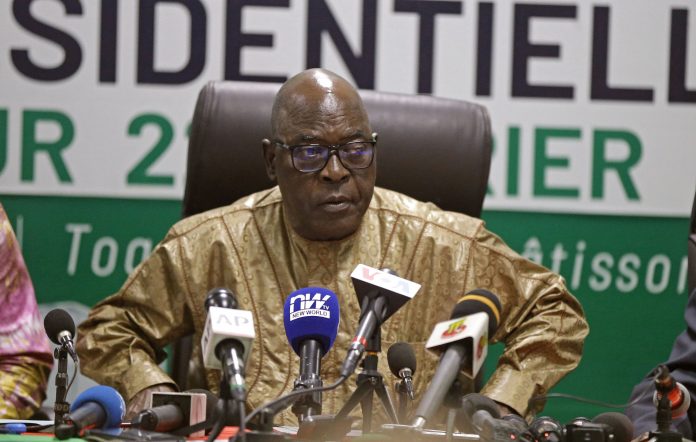 Togo’s President Faure Gnassingbe has won re-election with 72% of the vote, according to preliminary results from the electoral commission on Monday, extending his 15-year rule and a family dynasty that began when his father took power in a 1967 coup.


Mr Gnassingbé has led Togo’s population of eight million people since taking over following the death of his father Gnassingbé Eyadema, who ruled for 38 years.
The electoral commission said that Mr Gnassingbé had received 72% of the vote, compared with his closest rival, former Prime Minister Gabriel Messan Agbeyome Kodjo, won 18% of the vote and longtime opposition leader Jean-Pierre Fabre got 4%.

The final results are expected to be announced by the Supreme Court in the coming days.
When Gnassingbe came to power in 2005 after his father’s death, mass protests erupted that were met with a violent police crackdown during which at least 500 were killed.


Togo is the 10th poorest country in the world, according to the International Monetary Fund. grinding poverty and labour strikes are constant reminders of the challenges ahead.
Mr Kodjo, accused the authorities of setting up fake polling stations in Saturday’s election, ballot stuffing and getting people to cast multiple votes in Mr Gnassingbé’s favour.


Troops surrounded Mr Kodjo’s home for around three hours after voting finished on Saturday.
Togo’s Security Minister Yark Dameham told Voice of America that Mr Kodjo’s house had been surrounded as a precaution.


“We have received reports that he is at risk of an attack on his house by unruly individuals, but I cannot tell you from which side,” he is quoted as saying.
But Mr Kodjo told the BBC that he was given no explanation and believed this was not for his protection but instead to allow time to rig the vote.