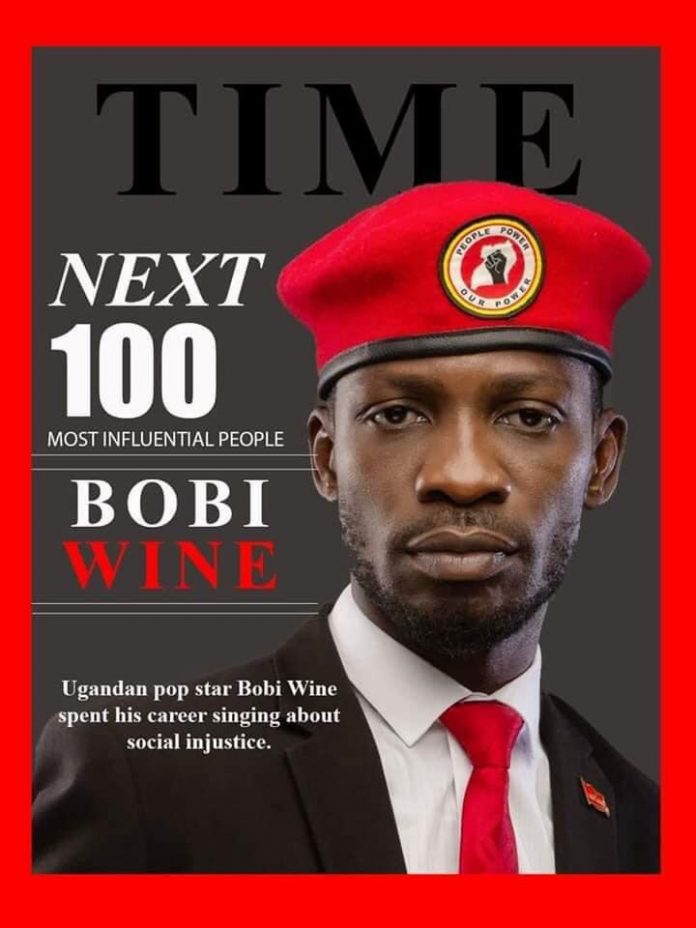 Time Magazine, one of top respected newspapers globally, has published the 100 most influential, rising stars shaping the world in different fields including business, politics, and entertainment among others.
You guessed right Kyadondo East MP Robert Kyagulanyi aka , Bobi Wine is among the 100

The TIME 100 Next members all have grand ambitions, and they know they may face even greater setbacks. But by and large, “they are driven by hope,” says TIME executive editor Dan Macsai, who oversees the TIME 100 franchise. “They are eager to defy the odds—and fight for a better future.”


Bobi Wine, musician turned politician recently declared that he will challenge president Museveni in the 2021 presidential elections, giving hope in the hearts of those tired of president’s Museveni’s 32-year rule
The Paper first published TIME 100 list of the world’s most influential people 15 years ago
The list spotlights 100 rising stars who are shaping the future of business, entertainment, sports, politics, science, health and more.


‘’ Although this focus lends itself to a younger group, we intentionally had no age cap—a recognition that ascents can begin at any age. The youngest person on this list, for example, is 14-year-old figure-skating phenom Alysa Liu, who recently became the first U.S. woman to land a quadruple Lutz in competition. The oldest is Ayman Odeh, a politician who, at 44, has emerged as a potential kingmaker in Israeli politics.’’


Time Magazine explains why it Bobi Wine on the list
Bobi Wine spent his career singing about social injustice. In 2017, he decided to take things a step further by running for, and winning, a seat in parliament. Now the 37-year-old singer, whose real name is Robert Kyagulanyi Ssentamu, has set his sights higher, announcing in July that he will take on President Yoweri Museveni, who has ruled for the past 33 years through a combination of deft politics, questionable election practices and constitutional manipulation.


Eighty percent of our population is under the age of 35,” Wine says. “They deserve a leader who works for the future of Uganda, not for himself.” Wine’s growing popularity amounts to peril. He has been jailed, beaten and charged with treason—proof, he says, that the President is running scared well in advance of the 2021 election and that change is on the way. —explains Aryn Baker

read: Is Bobi Wine for Real or a passing Cloud?

ALSO READ: ‘’The only difference between Buchaman & Bobi Wine is that one of them is lame’’- NRM’s Rogers Mulindwa