Home Business ‘’Time for Africa to prosper, Our people deserve this’’ African Development... 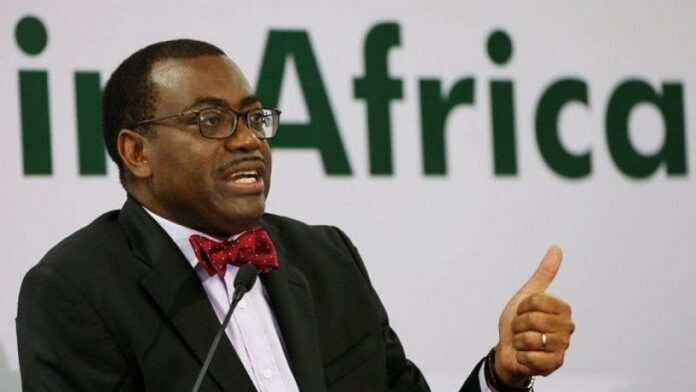 African Development Bank President Dr. Akinwumi Adesina on Monday outlined the Bank’s plans to address the looming food crisis threatening Africa as a result of the war between Ukraine and Russia.
“I’m optimistic. Africa will not experience a food crisis. We have the means to overcome this challenge!” Adesina said. He was briefing journalists from 41 countries in Africa and around the world at a media breakfast held to mark the start of the African Development Bank Group’s Annual Meetings, being held in Accra from 23 to 27 May. “Africa needs only to produce its own food. It should not have to be begging for food. There is no dignity in begging for food,” he added.


The President explained all the efforts made and results achieved in terms of resilient agriculture in East Africa, thanks to the Bank, especially in Sudan and Ethiopia, which have been able to avoid importing wheat thanks to record production of 650,000 tonnes. He highlighted the importance of the Technologies for African Agricultural Transformation (TAAT) program for African producers’ resilience.
Dr. Adesina pointed out that the Bank Group’s Board of Directors had on Friday approved the $1.5 billion African Emergency Food Production Facility, developed by the institution to address the food crisis looming over Africa due to the Russia-Ukraine conflict.
The facility will provide agricultural seeds to 20 million African producers. The varieties include wheat, maize, rice and soybeans. The objective is to produce an additional 38 million tonnes of food and to generate $12 billion in value over the next two years. “In agriculture, we know what we’re doing. Africa must be a solution for the world in respect of food, and so it shall be. Sixty-five per cent of African land is arable, and the use that Africa makes of this land will determine the future of the entire planet,” Adesina said.

The other challenge facing the continent is climate change. “Climate change is a threat to the continent. Its effects are devastating. When I look at what happened in South Africa – where floods led to nearly 500 deaths and a lot of damage – or in Mozambique, Madagascar, or the Horn of Africa, land has been swallowed up,” Adesina said. Africa is suffering annual losses from the effects of climate change in the range of $7 billion to $15 billion and this figure will stand at $50 billion by 2040. It will, therefore, take $1.6 trillion between 2020 and 2030 to combat the effects of climate change in Africa. However, the continent does not receive enough funding to cover its needs. African receives only 3% of global climate funding.


“We will no longer finance coal,” the President said. This is the Bank’s adopted position, forming part of our policies in the fight against climate change. Also, renewable energy alone cannot meet Africa’s needs. We also need stable energy systems. Natural gas must remain a stable energy system in Africa,” he insisted.
President Adesina said it was time for the continent to prosper. “Our people deserve this. And so, they should have stable energy systems. We are committed to investing $25 billion for adaptation in Africa. But our efforts will not suffice on their own. At COP15, in Copenhagen, developed countries promised $100 billion a year. They must act now; it is time,” he said.