Home Business There is no greater asset to Africa than its youth: the time... 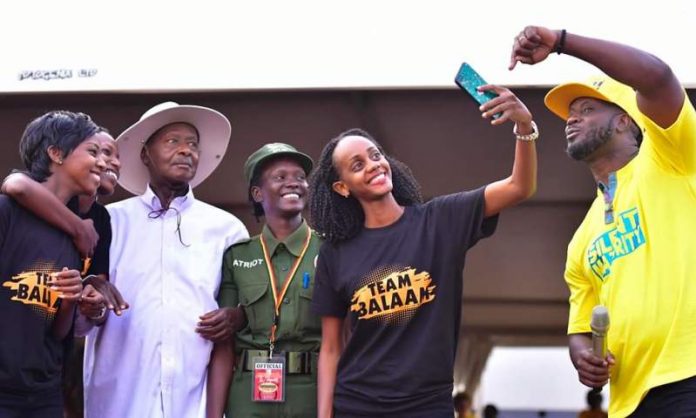 “There is no greater asset to Africa than its youth,” a statement that has been repeatedly proclaimed, but the continent still has a long way to go. Despite robust economic growth over the past two decades, a 1 percent increase in growth between 2000–14 was associated with only 0.41 percent growth in employment.

This figure suggests that employment stood at less than 1.8 percent a year, far below the nearly 3 percent annual growth in the labor force. If this trend continues, 100 million people will join the multitudes of the unemployed in Africa by 2030.

With this in mind, researchers, youth representatives, business leaders, and policymakers have joined over 350 stakeholders in Sharm El Sheikh, Egypt, to significantly move the needle on youth empowerment.


The annual African Economic Conference (AEC), is jointly organized by the African Development Bank, the Economic Commission for Africa and the United Nations Development Programme, to discuss pertinent issues affecting the continent.

The 2019 AEC is held in Egypt and hosted by the Bank on the theme; “Jobs, entrepreneurship and capacity development for African youth” .


Turning the youth bulge into opportunities has been the focus of the African Development Bank’s game-changing approach to job creation, entrepreneurship, and capacity development. In recognition of the crucial role that entrepreneurship plays in the creation of high-quality jobs, the Bank developed its Jobs for Youth in Africa (JfYA) Strategy (2016-2025). The Strategy aims to create 25 million jobs for African youth over the next decade as well as equipping 50 million youth with a mix of hard and soft skills to increase their employability and their entrepreneurial success rate.


The impact is already being felt. Since its launch in 2016, over $20 billion has been invested by the Bank across 318 projects. These investments are directly making a difference in the African youth skills, entrepreneurship, business development, and job creation.


The program also assists regional member countries (RMCs) in their implementation of economic and social reforms toward job creation.

In just one short year, the Trust Fund’s resources leapfrogged from USD4.4 million (in 2017) to almost USD40 million (in 2018). By providing technical assistance through enterprise support organizations and financial institutions, the Fund is anticipated to reach more than 480 youth-led startups in Ghana, Mali, Nigeria, Togo, and Zimbabwe.


The Bank has also been very active on the education front, supporting higher education institutions to deliver innovative training curricula that are adapted to the changing demand of the labor market and the private sector. Academic incubators—also known as innovation centers of excellence, have been established.


One great example of success is the African Institutions of Science and Technology (AIST) Program, whose mission is to deliver quality postgraduate education and build collaborative research capacity in various fields of Science, Engineering, Technology and Innovation (SETI). With funding from the Bank, a total of 1,477 PhD and MSc students have graduated, out of which 676 are women. Additionally, a total of 35 partnerships have been brokered with the private sector to enhance the quality and relevance of research.


Technical and Vocational Education and Training (TVET) has also been acknowledged by the Bank as one of the main drivers of human capital development alongside enhanced basic education that generates knowledge and skills more broadly. As such, the Bank’s TVET project in Tanzania, has bolstered TVET and teacher education with an investment amounting to $52 million. The expected outputs include expanded infrastructure of 13 institutions targeting about 8,000 trainees, expanded and extensive use of ICT in instruction at 53 institutions, and increased capacity for teaching, policy formulation, planning, and quality assurance.


The insights and thoughts provided by other African stakeholders, youth representatives, and political leaders on the debate on youth jobs, skills, and entrepreneurship capacities during the AEC 2019 are immensely important in helping the continent move forward.

Now, more than ever, we must listen to the voices of the African youth.