Home Business The quality of education & training provided by African countries has worsened-... 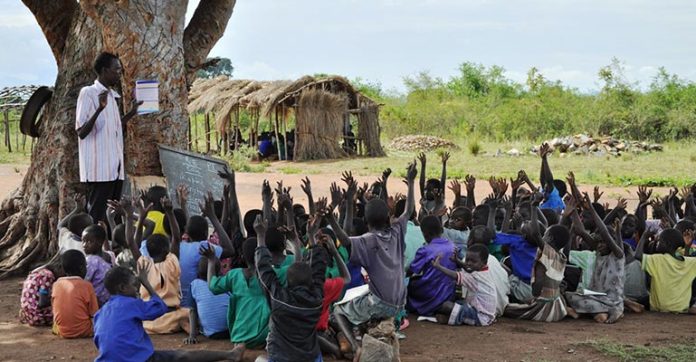 A comprehensive survey compiled by the Mo Ibrahim Foundation suggests the quality of education provided by African countries has declined over the past five years.


According to the report, The Ibrahim Index of African Governance, the quality of education and training provided by African countries has worsened since 2014, leaving many of the continent’s growing population of young people ill-prepared to enter the job market, an influential report said on Tuesday.

The study predicted the problem would become more acute as the majority age group in Africa is now 15.
According to report, Quality of education needs to be addressed, aligning education with market needs can also be advanced if governments and partners take a closer look at prioritising active engagement with the private sector, to assess the requirements of the job market.
The Ibrahim Index of African Governance (IIAG), the most comprehensive survey of its kind on the continent, found that on average enrolment and access to education was particularly low in the tertiary sector.


“This has resulted in the burgeoning youth population being faced with increasing struggles when entering the job market,” researchers at the Mo Ibrahim Foundation wrote in an interim update ahead of the full biennial report due to be published next year.
“The current pace of progress is going to fall behind demographic needs as the majority age group in Africa now is under-15.”


The report rates 54 African nations against criteria such as security, human rights, economic stability, just laws, free elections, corruption, infrastructure, poverty, health and education.
The IIAG interim report said that while African governments have made some progress in improving infrastructure since 2014, on average they were lagging well behind their ambitions to revamp their economies.


“African governments have on average not managed to translate GDP growth into economic opportunities for citizens,” it said. “Progress since 2014 runs behind the rapidly growing working age population.”


For prosperity and economic opportunity, the report notes that governments and partners should look at diversifying economies, accelerating progress in infrastructure – specifically physical transport, electricity and ICT –increasing investment in the rural sector, and strengthening regional integration, to make efficient progress.