Home Business The next millionaires of Africa will come from agriculture, not from the... 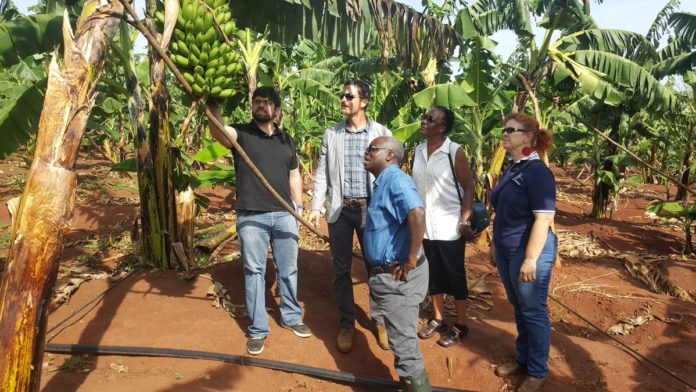 Akinwumi Adesina, the president of the African Development Bank – embraces the continent’s “youth bulge” both as an opportunity and a resource in working for economic transformation.

Africa’s labor market is expected to absorb 11 million youths every year for the next decade. Despite rapid growth in formal wage sector jobs, the World Bank estimates that most of the continent’s young people “are likely to work on family farms.

Adesina wants to drive Africa’s economic transformation by empowering the continent’s youth population and making agriculture the hottest startup sector for young people. To achieve this goal, he wants to change the perception of agriculture in Africa from being a survival activity to a vehicle for wealth creation; from a hobby to a business.


It therefore came as no surprise when Adesina, halfway through his acceptance speech for the World Food Prize, declared: “there will be no rest for me until Africa feeds itself, and for that we need the youth.”

“I hereby commit my quarter of a million dollars… prize award to set up a fund fully dedicated to providing grants, fellowships and financing for the youth of Africa in agriculture as a business.”

Adesina’s vision for Africa’s youth and agriculture becomes prescient as the world’s geopolitical winds shift the focus of policymakers.


Creating jobs for young people in agriculture can both help Africa’s economic transformation and offer a solution to some of the challenges facing the continent and the world: the high rate of youth unemployment in Africa; human trafficking and the high rate of illegal migration of young Africans into Europe; sustainably kickstarting Africa’s industrialization; and preventing religious radicalization and combating terrorism.

On Youth Unemployment and Illegal Migration to Europe

Adesina, in remarks leading up to the 2015 Action Plan for African Agricultural Transformation conference in Dakar, pointed out that “the agricultural sector [in Africa] has four times the power to create jobs and reduce poverty than any other sector.”


“That is why we make the claim that we can diminish the migrant crisis in Europe by supporting agricultural transformation in Africa,” he said.

In remarks at the 2017 G7 Summit in Taormina, Italy, back in May, Adesina expanded on this vision when he said that “the future of Africa’s youth does not lie in migration to Europe” nor should it be “at the bottom of the Mediterranean.” He proposed rather that an agribusiness-driven economy could be one of the economic reasons Africa’s youth choose to remain on the continent.


“The future millionaires and billionaires of Africa will come initially from agriculture.”

“The reality,” he said, “is that agro-industrialization has greatest potential for Africa to achieve more rapid and inclusive growth – and create jobs… If you want industrialization of Africa, and massive job creation, focus on industrializing the agriculture sector.”


He went on to add, “to rapidly modernize agriculture, we must get the youth engaged in the sector. We must change the perception of the youths of agriculture – they must see agriculture as a business.”

In Adesina’s view, agribusiness – more than any other economic sector – has the power to bring wealth to the rural parts of Africa


read: Where are Uganda’s graduates?

“I believe that the future millionaires of Africa will come from agriculture, not from the oil and gas industry. Agriculture will become Africa’s new oil.”

READ: Uganda seeks to feed the world through the new Fertilizer Policy

Adesina announced that his World Food Prize money will be used to establish a World Food Prize Global Youth Institute for Africa-support a new generation of agricultural scientists and innovators across Africa. This organization will nurture and produce graduates known as Borlaug-Adesina Fellows, who will become the next generation of hunger fighters.


read: How to transform Uganda’s agriculture