Home Lifestyle The ‘fall’ of seasoned columnists and the rise of reckless, careless social... 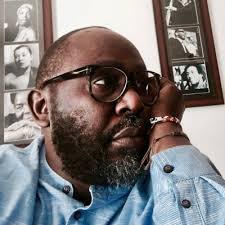 By Henry K. Otafiire
Those of you of a certain age who had access to newspapers back in the day may remember piercing political commentary from celebrated columnists like Tumusiime Emmanuel Rushedge aka Old Fox.
For a young generation still keen with current affairs, Names like The Independent’s Andrew Mwenda, Daily Monitor’s Daniel Kalinaki, Charles Onyango Obbo, The Observer’s Jimmy Spire Ssentongo, Moses Khisa and even Yusuf Serunkuma ring to mind. With due respect to other newspapers columnists, apart from writing beautifully, they digested current affairs with breathtaking flair and touch.


Their commentary is always incisive, razor-sharp, discerning and insightful.
With the advent of social media, a new wave of self-styled social media influencers promiscuously referred to as bloggers- a term that has of late been abused and attributed to every tom, dick and harry with a social media account and freedom to put across his or her opinion disturbing as it sounds.
They have swarmed online spaces adding dramatic flavour to their eagerly enthusiastic and loyal audiences overshadowing the mainstream media commentators.
Armed with a Facebook, Instagram and twitter account with a sizeable following, and possessing– generously – a reliable internet with guaranteed data bundles. Without basics of broadcasting training, they have populated the internet. Emboldened by their bully pulpits of social media, they have turned their new found fame a chamber for hate and cyber bullying.

This is, after all, a very different age: the explosion of new media with its new features of non-censorship and the viral videos has turned them into performative personal brands.

Along with the equally gimmicky and an age of Facebook Live and twitter-inspired hash tags, an interactive feature that allows their viewers to watch them in real time. It’s big business now that there is a weird voyeuristic fascination in just watching people, even if they aren’t doing very much.
With these influencers, we have reached a point where fact becomes subsumed by myth, where falsehood becomes orthodoxy. The cynical trawl for likes and retweets from their huge audience have made complex topical issues to be condensed into bite-sized jingles and viral videos with truth often a bloodless casualty. In fact, this doesn’t matter if a social media influencer misinforms his or her audience because he is only accountable to his ego and her hubris.


Reckless and careless he or she may be, he still enjoys unlimited freedom to communicate whatever he wants and gets scot free.
So for most of an average day on social media, these special “bloggers” menu usually consist of: stinging diatribe and showers of praise to their allegiance in equal measure.
Occasionally, they’ll have alive chat about which of their favorite politicians is popular, or whether Bobi wine or Dr Besigye is better than President Museveni. Or will meander on other on any other trending story. They are also machines for hire for they will immediately switch loyalty to the highest bidder.
I’ve been thinking about these crop of “bloggers” quite a lot in the last few weeks when news circulated that a reknown People Power social media influencer Ashburg Kato crossed to NRM.


He has since enjoyed unrivaled prime time TV airtime talking literally nothing. It’s depressing to learn he generates more social media traffic than Dr Munini Muleera or even Kalinaki. I’ve no idea how I will explain to my children that Ashburg Kato or Peng Peng was more influential than Moses Khisa and Jimmy Spire Ssentongo.
One of the more ascendant trends in political punditry over recent times has been the ‘voice of a social media influencer. And in a way, this has marked one of the most fundamental shifts in commentary: the suspension of analysis, investigative journalism and the rise of citizen journalism devoid of fairness, objectivity and balance: cardinal pillars of journalism as a profession.
But in many ways, it is a seminal, defining moment: the first hint that highly acclaimed commentators’ role and journalistic calling is being threatened and undermined in political commentary by social media influencers perfectly incapable of providing reasoned, dispassionate and frequently excellent analysis.


In a profession where everybody is convinced the media has responsibility to inform, dissect, analyze and digest a story behind a story, there seems to be a feeling that social media has given everyone a license to inform and misinform, mobilize anger and spread falsehoods without fear of being reprimanded.
It is a trait that is symptomatic of our peculiar penchant for sensational breaking stories that offers nothing particularly breaking. More freedom has come with less responsibility. Perhaps, ultimately, this is the point.


There are some honest-to-God real problems in politics that we need to talk about: populism, internet mob justice, influx of celebrity turned commentators shaping public opinion. But these are questions that often don’t fit neatly into our current political discourse, that don’t necessarily translate into many likes on facebook and retweets on twitter feed. It’s also ironical for me to bash social media influencers using social media. Welcome to Post truth where a lie travels around the world while truth is trying to put on it’s shoes.